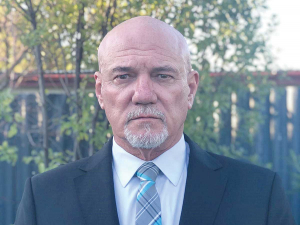 MPI’s Gary Orr says farmers and rural contractors need to be held to account for any breach of animal welfare codes and regulations.

This is despite the Ministry for Primary Industry (MPI) and other rural professionals working with farmers to prevent such incidents occurring. MPI’s director of compliance Gary Orr says farmers and rural contractors need to be held to account for any breach of animal welfare codes and regulations.

Most recently, a shearing contractor who repeatedly struck a lamb, causing its death, was sentenced to 16 months imprisonment at the Alexandra District Court. This occurred earlier this year, when he was shearing a lamb at a farm in Oxford, North Canterbury.

The court was told the animal began to struggle and the contractor’s shears broke.

He reacted by hitting the lamb in the eye with the tension knob of his shears, fracturing an eye socket. He put the lamb back in the holding pen, only to return and hit the lamb again, fracturing its skull. It later died from its injuries.

“Animals need and deserve to be treated with respect, and he fell well short of those expectations. This kind of offending by shearers is unusual,” he says. “The majority are professional and do the right thing. However, our message for those who deliberately cause this kind of suffering is clear – we will investigate and place them before the court.”

A few weeks earlier, an elderly dairy farming couple in the Coromandel were fined $7,500 for ill-treating cows and failing to comply with the direction and advice of an animal welfare inspector. MPI says one cow on the property had to be euthanised and 30 others were found to be significantly underfed.

Harrison says if the couple had acted on the warnings and advice over a long period of time from MPI and other rural professional’s, there may have been a different outcome for the animals. He says this is another case where people who neglect their responsibilities to animals will be investigated and held to account.

On average, MPI receives about 900 complaints about animal welfare issues each year.

Orr says a significant number of these come from city folk who have moved to rural areas and don’t have an understanding of normal animal husbandry practices.

“People from urban areas often see farming through a different lens,” he says. “For example, we have had complaints about farmers letting their sheep have their lambs in the rain and the people who complained couldn’t understand why farmers weren’t out there getting the lambs under cover.”

Orr says while many of the complaints are well intentioned, but not valid, he’d still prefer for people to contact MPI if they see something they are not sure about rather than not report an activity.

Gary Orr says there are a wide range of reasons why those in charge of animals mistreat stock.

He says it can range from personal reasons – such as domestic relationship breakdown to financial or compliance issues. He believes a lack of a viable succession plan with some older farmers is a trend that’s showing up.

Orr says often a couple may have worked hard all their life to build up a farming business, but the next generation is not interested in taking over the business. He says the couple may not be keen to walk away from farm life because it is part of their DNA, because they have put their life into the property.

“They have strong connections to the land and they try to soldier on to a stage when the farming challenges are beyond them and that’s when they get into trouble.”

Orr says such people have been law abiding citizens all their life and the last thing MPI want is to end their farming career with a conviction.

Orr says if MPI comes across a situation where farmers are ill-treating their animals they will try and work with a farmer get them to put the situation right. He says they will arrange for a veterinarian or farm advisor to help an individual. They may also issue a notice of direction under the animal welfare act.

“We only prosecute if the situation requires it with people failing to comply with warnings or if the abuse is so wilful and of such a significant nature that it’s in the public interest to do so,” he told Rural News.

“At the end of the day, it’s all about the welfare of the animals – we want to see the animals treated ethically and lawfully so long as they are on a farm.”

Bureaucratic obfuscation is being used to stall the provision information about the costs and achievements of the Ministry of Primary Industries (MPI) 'Fit for a Better World' strategy.