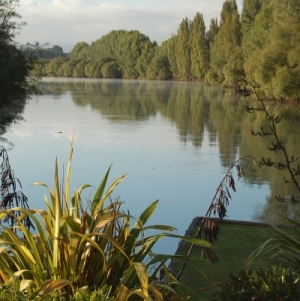 AN AUCKLAND-BASED drystock farmer has been convicted and fined $45,000 for unlawfully taking water from a stream on his Waikato property over a three year period, including during last year's drought.

Offending occurred even though the Waikato Regional Council had ordered the farmer to stop unauthorised water takes from the stream.

William Robert Blair Coates of Remuera pleaded guilty to four charges brought under the Resource Management Act (RMA) in a sentence released by Judge Jeff Smith in the Auckland District Court this week.

The regional council took the prosecution after complaints that Coates' Jay Rd property in Reporoa was being irrigated during the 2013 nationally declared drought. Council staff found up to 20ha of green pasture at the property while surrounding countryside was brown and barren.

Inspections also confirmed the presence of a dam in a stream on the property enabling the unauthorised take of large volumes of water into a substantial irrigation system. It was established that the water take system had also been used over the previous two summers.

Council investigations manager Patrick Lynch said: "The RMA allows people to take water for certain purposes without the need for resource consent. However, other takes are restricted to allow for the orderly allocation of water resources. Put simply we will only achieve sustainable management of our most valuable resource by having meaningful allocation regimes in place."

In sentencing, Judge Smith said that "...a level of anarchy would quite quickly follow if such allocation regimes were to be abandoned in times of water stress".

Lynch added: "What is particularly concerning about this case is that an abatement notice was served on the land owner in 2010 clearly stating that he was to cease unlawfully taking water from the stream. Mr Coates elected to ignore that direction and continued to take water without regard for downstream users.

"There is also a matter of fairness at stake here. Downstream users had properly engaged in the water allocation system but had to restrict their take during the drought because of the unlawful activity upstream.

"We urge people to be aware of the regulations around water take in Waikato. Some people appear to have the misguided view that because water flows through their property it is for them to take and use as they see fit, with no regard for downstream users or the environment. That is wrong and, as in this case, the court may impose large penalties for those who do not comply with the rules."