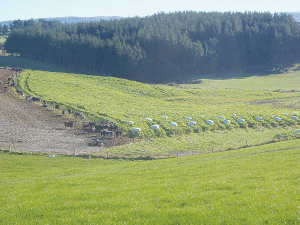 He claims that during a recent visit to Southland, where Robson says he drove 500km and past 150 properties, he had "no difficulty finding calves born in mud and stock wandering in muddy paddocks".

He's accused regional councils of deliberately avoiding surveillance at peak problem times - during and after rain when all the damage is done.

"I also see that their responses to the worst environmental abuses are weak and ineffective, and they try to cover it with super positive PR, or blame others for not reporting," Robson told Rural News.

"Instead of protecting the good farmers by keeping standards high, which good farmers are already achieving, they reward the cheats and laggards by looking the other way or by refusing to be firm with them."

However, Environment Southland chief executive Rob Phillips told Rural News that determining breaches of rules is balanced both on what is seen and found on a property and applying the various plan rules and National Environmental Standards to the situation.

"This usually involves a desktop application of the various rules after a farm visit by our officers," he says.

"Further investigation based on the circumstances may be required."

Phillips points out that what may appear to be a breach to a person driving past a property is not necessarily a breach, and counil is required to manage these situations based on the rules that are in place.

"There are times when a rule is not breached, but management practice could be improved, and we work with farmers to support them to do this."

Environment Southland recently carried out aerial surveillance of farms in Southland and is happy with what they saw.

Phillips says this season the council has seen that good preparation by Southland farmers has led to improved environmental practice.

"We want to encourage all farmers to continue to look at their practices from this season and think about what could be improved or what more they could be doing."

Environment Southland carries out three intensive winter grazing aerial inspections each year. These flights are planned well in advance, but the weather ultimately determines whether it's safe and practical to fly on the day.

There is no intention to avoid wet periods, says Phillips.

"The enlightened farmers who are trying are obvious. The laggards who have made no changes from two years ago are now even more obvious as they stand out even worse," he says.

"The sheep are covered in mud, eating mud, living in mud, and will be soaked through.

"What consumer would buy sheepmeat knowing this is how it was raised?"

Robson says it is absolutely essential there is improvement of the bottom end because they are now really dragging down the farmers who have improved.

Farmers still have some concerns around the revised grazing regulations released last month.

Environment Southland (ES) recently took to the skies to support improvements to winter grazing practices in the region.