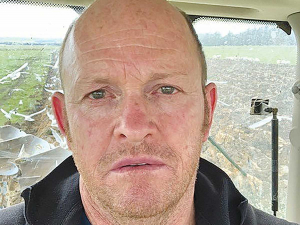 Lumsden farmer Tony Paterson is having another go at next month’s Fonterra annual meeting to revamp the troubled Shareholders Council.

Three resolutions have been filed by Lumsden farmer Tony Paterson: restricting the council to perform its constitutional duties, reducing the council’s annual budget by $1m, and introducing a new 0.0015c/kgMS farmer levy to fund the council.

To pass, the resolutions need 50.1% support from voting shareholders.

Last year, Paterson moved a resolution to start an independent review of the council, but the motion received only 44% support.

Paterson told Rural News that this time     he’s confident of getting over the 50.1%    threshold at the annual meeting in Masterton on November 5.

“I have been in talks with a number of shareholders throughout the country and am feeling very confident.”

He has also secured the backing of a group of Waikato farmers, who also moved a similar motion last year and garnered 26% support.

The Fonterra Shareholders Council is a 25-member elected body, tasked with keeping a tab on Fonterra’s financial performance.

Following heavy financial losses in 2018 and 2019, Fonterra shareholders have vented their frustration with the council for “sleeping at the wheel”.

Last year, the council announced a review of its functions; an interim report was released in June and the final report due this week. The council is opposing Paterson’s resolutions.

Barron says the final report will consider views by all Fonterra farmers.

He says the steering group has signaled possible changes to council’s roles and functions.

Barron says the council also opposes a levy-based funding model that will require it to hold reserves to cover poor seasons.

“The ccouncil has no ability or desire to retain farmers’ funds in this manner,” he says.

But Paterson believes shareholders are “deeply disappointed” with the outcome of the review so far.

“It is a lost opportunity to return our representative body to the effective, respected organisation it has been in the past.

“Overwhelmingly, farmer feedback is that the Shareholders Council hasn’t performed.

“It is ludicrous that the review steering committee’s response to this is to suggest giving the council even greater responsibility.”

Paterson says there has been a lot of “noise” about the council being a cornerstone shareholder and holding the board to account.

But he says Fonterra’s constitution doesn’t state that.

“Over time, the council has anointed itself with those titles and expanded its scope, to the detriment of its overall performance.”

Paterson’s resolution proposes to slash $1m from the council’s budget: reducing number of committees and meetings and passing councilor development programmes, conferences and other shareholder engagement costs onto Fonterra’s management.

“In hindsight we may have split the votes last year. Tony has done a better job putting together the resolutions this year and we fully back him.”