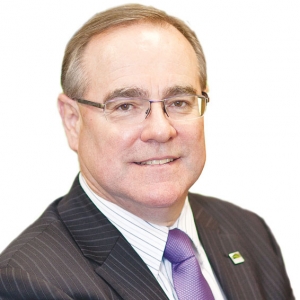 If hundreds of sheep or cattle were found dying at a farmgate there would be a national uproar, Federated Farmers bee industry chair John Hartnell told a recent conference.

Yet this is the sort of situation three Waikato beekeepers faced last month when thousands of their bees were killed and 300 hives wiped out through a mistake with spraying.

Beekeepers had traditionally hated the agri-chemical industry but that was starting to change, Hartnell said at the recent AgCarm conference in Auckland.

He had impressed on the beekeepers’ industry council that unless they started to talk to the agri-chemical industry and build a relationship, they would never find mutually agreeable outcomes, he told the conference.

“It was just two fists banging at each other and that is never going to work. We are slowly starting to come around and understand the need to sit and talk to you, ask some questions and find some answers.”

A bee health survey will he held this spring to find out what is happening to the bee population throughout New Zealand. “We are trying to ascertain exactly how healthy they are and exactly what might be happening to them. We are trying to put some facts around what is an emotional and sometimes an anecdotal thing,” Hartnell says. AgCarm is helping pay for the survey.

“If everything goes well the bee industry will be working with your industry and MPI to make sure the health survey happens. We want it to be held every couple of years so we have some benchmarkable data we can actually work with. This will go to government so they can use that data as part of their policy making process.”

One of NZ’s foremost bee experts, Dr Mark Woodward, from Plant and Food, had told the local government and environment select committee three years ago that wild bee losses in this country were already at 30% a year and that’s unsustainable. That is near the 35% tipping point where pollination is threatened and pesticides are part of the mix.

“So the more information we have about how pesticides are affecting bees, how they are being used out there, the more effectively we can deal with that 30% number. Because if it goes any higher it will be a problem.”

He was in Waikato when the bee-death incident occurred (see sidebar). The beekeepers were solely focused on the plight of their bees. “If bees were cattle or sheep and that number of dead animals were found at a farmgate there would be a national uproar. So we must [understand] how beekeepers see their bees and work together to find solutions that are mutually acceptable.”

About 300 hives were moved from manuka to pasture. Bee strength was 40,000-60,000 per hive, which is very strong, and after rain the pastures were full of buttercup, clover and other plant species that bees love.

But the rain also raised concerns for dairy farmers because of the heightened risk of facial eczema.

The farmer’s helicopter contractor thought he was doing the right thing by spraying in the morning, working through until 9am. But on fine days such as these the honey bee starts working about 7.30am.

On three farms, 300 hives belonging to three beekeepers were affected, 90% of the bees dying within 24 hours. Some bees made it back to their hives but carried the residue inside where it killed the larvae.

“This is simply a mistake,” Paul says. “The time of day was wrong because the bees were flying. Had the spraying been done at dusk we would have had a 12-hour period for the product to settle. ”

The chemical used was also a major factor. But the dairy farmers were totally unaware of the danger to bees and the spraying contractor thought he was doing the right thing. Education is needed to bring about change, Paul says.