Carpet battle farm from over 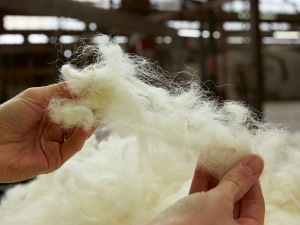 The legal stoush between Godfrey Hirst and Bremworth is far from over.

Despite claims by NZ carpet manufacturer Bremworth that an international rival has abandoned an ongoing court battle about the benefits of wool carpets, the legal stoush is far from over.

A legal battle between Godfrey Hirst and NZ-owned carpet company Bremworth began after the latter adopted a new strategy, which saw it move to use 100% NZ wool for the production of its carpets.

Bremworth then aggressively pitched its marketing and advertising around the environmental benefits of wool and the damage synthetics make to the planet.

However, Godfrey Hirst brought a case against Bremworth saying the NZ company’s claims around wool carpets being “better for the environment” and that a switch from synthetics to all wool carpets is “changing for good” were misleading.

In early August, Bremworth issued a media statement insinuating that the international carpet maker had ceased its case by withdrawing a damages claim.

However, Godfrey Hirst says it ‘elected to remove any claim for damages’ in its High Court Case against Bremworth relating to ‘greenwashing and misleading conduct in relation to synthetic carpets’.

“Godfrey Hirst is aware of Bremworth’s constrained financial circumstances and, in the public interest, wanted to do all it could to make it financially viable for Bremworth to correct any misleading and/or greenwashing marketing without the risk of Bremworth also having to pay damages,” the company says.

Godfrey Hirst added that it continues to actively pursue all aspects of its case against Bremworth in the High Court for the benefit of New Zealand consumers.

Meanwhile, Bremworth chief executive Greg Smith says his company stands by its “Let’s Go Good Together” campaign, which he says does not in any way mislead consumers.

Smith claims that wool carpets are not only the best for design and performance on the floor, he adds wool is also New Zealand grown, natural, biodegradable and renewable.

“New Zealand’s wool industry has struggled in recent decades against the backdrop of cheaper synthetics alternatives, but the world is changing and we are confident our homegrown wool is the natural solution to imported synthetic carpet fibres,” he says.

“We firmly believe it is a consumer’s right to make an informed choice between wool products and synthetic alternatives, which are essentially plastic.”

Perceptions of wool are changing, according to a recent study by carpet manufacturer Bremworth.

The development of a prototype rug which contains no plastic materials could bring New Zealand’s wool export industry closer to mass production of fully compostable carpets.

Kiwi wool reaching great heights in the US

New Zealand rug and carpet manufacturer Bremworth has secured an export contract with the United States to supply one of New York’s tallest skyscrapers with its wool flooring product.

OPINION: Your canine crusader is shedding a tear (only crocodile) for US-owned carpet manufacturer Godfrey Hirst, which is threatening legal action under the Fair Trading Act, against its NZ rival Cavalier for "demonising" synthetic carpets.