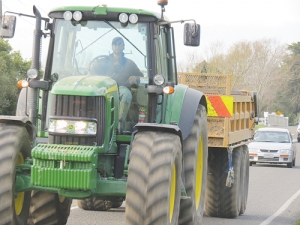 A lack of sleep will impair a person’s ability and raise the risk of making mistakes, says Philippa Gander.

Professor Philippa Gander, who’s spent 35 years researching the topic, says the brain doesn’t ‘switch on’ immediately after a person wakes up. It must take a series of steps, and up to 45 minutes may pass before a person is fully awake and functioning properly.

Gander says the science of sleep has got better and there is better knowledge of how important it is. The long-held belief that sleep is something you can trade off when there’s a lot of work to do no longer stands.

“The main thing we understand is that when you have sequences of long hours you have to prioritise as much time as you can for sleep,” she told Rural News. “If you’re not getting enough sleep and you’re trimming sleep day after day, you’re getting progressively sleepier and less able to function properly.”

Doing that will impair a person’s ability to do any kind of mental or physical work and raise the risk of making mistakes, Gander says. It’s important to prioritise sleep and perhaps to explain this to family and work colleagues so they understand the impact of sleep deprivation.

“The standard things are irritability when you haven’t had enough sleep and that if you can get a couple of good nights sleep in a row you will recuperate a lot.  We have a body clock which is basically a pacemaker in the brain. It is set up to make you sleep at night and it’s sensitive to light.

“So regardless of what pattern you are trying to work, your body clock is still trying to make you sleep at night. It’s activating different brain centres to make you go sleep and to make you stay awake.”

Gander says people’s sleep habits vary; some function better in the morning and others are night owls. We sleep the heaviest from 3am to 5am; it’s much harder to sleep in the mid-morning because the brain is wired to keep us awake.

People get into sleep patterns and it’s often hard for them to go to bed at, say, 8pm and expect to sleep unless they are exceptionally tired.

The so-called ‘cat nap’ has some value, she says. “The basic idea is that any small amount of sleep down to a minute will give you quite a lot of extra functionality, but in reality the longer you sleep, up to a point, the better you are.”

Plenty of sleep is not only important for making people safe to work on farms, but also benefits their general state of health.