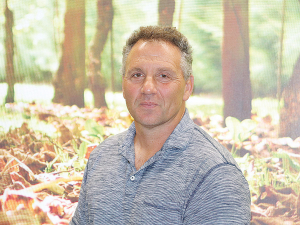 Zespri’s Alistair Hulbert says this year the company has upped its allocation of chartered ships to 70% from the usual 50%.

Zespri has switched to using mostly charter refrigerated container ships this year to get its kiwifruit to major markets, rather than relying on normal scheduled ships.

Zespri's chief global supply officer Alistair Hulbert told Rural News this is because of the ongoing disruption to world shipping schedules caused by the Covid-19 pandemic. He says Zespri normally operates a split of 50% charter and 50% schedule ships, but this year it has upped the allocation of chartered ships to 70%.

“The problem is that there has been a huge demand for imported goods into NZ and this has meant that shipping lines have focused on bringing dry as opposed to refrigerated containers down to NZ in the off season,” Hulbert explains.

“These containers are bringing things such as imported furniture and normally those ships would bring in refrigerated containers to build up a stockpile for the horticulture industry exports from February to June. So, at the moment, we are down on container stock and that is causing disruption.”

Hulbert says the other issue is that the scheduled container services often get delayed as congestion builds up in ports all around the world, meaning that these ships may arrive in NZ late. He says Zespri foresaw the problem back in September last year and quickly upped the number of charter vessels.

“With the charter vessel it comes directly into port on the day we want it, we load it with our fruit and it goes to the port of destination,” Hulbert told Rural News. So, with all our major markets – such as China, Japan, Europe and Korea – we use the chartered ships, which makes us somewhat immune to the disruption.”

However, he says other markets that aren’t big enough to send a charter vessel to – like the Middle East or the west coast of the US – so they will suffer a little bit of disruption.

“The beauty of charter vessels is that we can delay its arrival for a couple of days to make sure the boat goes out full.” he adds.

Hulbert says while the price of freight has gone up, Zespri is somewhat protected because it has long-term shipping contracts, so the price to the consumer will remain much the same and the returns to growers will not be greatly affected.

However, he says by far the greatest risk would be not having continuity of supply to consumers in major markets.

In a matter of days, kiwifruit growers organisation (NZKGI) chief executive Nikki Johnson will leave her role at NZKGI.

Zespri is looking at increasing its cool store space - both in New Zealand and overseas - as a consequence of shipping problems caused by Covid-19.

New Zealand’s 2021 kiwifruit harvest has kicked off with the commercial crop being picked this morning in Gisborne and more kiwifruit to be picked across New Zealand over the coming days.