Concerns about over-reliance on China 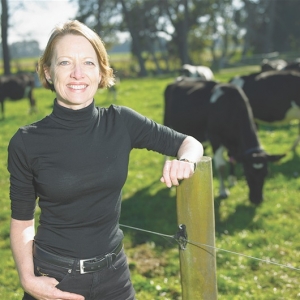 A WARNING on heavy reliance on the one market of China has been sounded by Beef + Lamb NZ chief economist Andrew Burtt.

China’s continued growth as a market for New Zealand meat is one of the main trends showing in Beef + Lamb’s export figures for the 2013-14 first quarter, Burtt told Rural News.

Mutton exports to China doubled in the first three months compared to the same quarter last year. But the continuing growth of China as a market comes with the qualification “about extrapolating that will go forever,” Burtt says.

The other message is “that New Zealand’s traditional markets are still important to us. Politically stable, economically stable, and they are wealthy and remain important”.

Burtt says he supposes meat export companies are conscious of diversification risk. “Personally I would be wondering about the question of them giving up heavy reliance on one market to have heavy reliance on another. But they’ve got to make all their own individual decisions.”

His warning follows similar comments by agribusiness expert Jacqueline Rowarth on the dairy industry. She told Dairy News last month that China was starting to become New Zealand’s “supermarket” for dairy produce. The danger lay in that, as with supermarket monopolies, it could then start to dictate prices. She said the issue was not that it was China – it was the one market, whichever that might be.

Burtt says there is strong global demand for protein, including meat and dairy, as countries become a richer. China is slowing down, but that is at a macro level. Other factors there need considering, because in terms of its overall meat imports, our volumes are relatively small. That can be both positive and negative, he indicates.

“The growth rates in China are spectacular. While we can look at a very macro level and say Europe is languishing and US is growing slowly and China is growing spectacularly – New Zealand’s business is much more refined than solely at the macro level,” says Burtt.

Just because there are one billion-plus people, it does not necessarily make our business straightforward because of our small volumes. “Macro levels can indicate something is happening but it is micro levels we are dealing with; the trend could be at a different level as we bed-in relationships in China, for example into one city.”

Overall lamb and mutton exports to China have been steadily growing over the last few years particularly since the FTA came into effect, he says. In the long term New Zealand companies will have to look at how it fits with their portfolios. But from a beef perspective the US is still by far the biggest market.

“EU and UK remain the most important markets for us for lamb and the US for beef. They haven’t been growing strongly; demand has been a bit patchy, but particularly in Europe things are starting to improve again.”