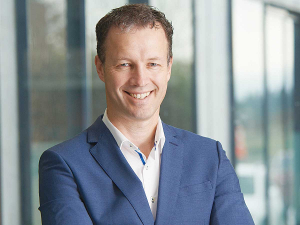 With the Climate Change Commission (CCC) delivering its final advice last week, DairyNZ chief executive Tim Mackle says it is now up to the Government to deliver a credible emissions reduction plan for New Zealand - and the investment in tools and support required to achieve it.

The CCC is calling for a 13.6% reduction in livestock numbers by 2030. It expects this to drop by 8% anyway and recommends a further 6% reduction. The expectation is for the country's farmers to still produce the same amount of milk and meat from the fewer animals.

This expectation is described as 'ambitious' and 'a tough call' by the farming sector. Mackle says a 10% reduction for biogenic methane recommended by the commission will be "incredibly challenging" for farmers. However, he says they are committed to playing their part and reducing emissions alongside the rest of the economy.

"We are pleased the goalposts haven't shifted from the Zero Carbon Act and farmers now have certainty they need to make long-term investment decisions."

Mackle agrees with the CCC that New Zealand urgently needs a long-term plan for R&D investment from industry and government, to help us rise to the challenge.

"Investment in rural digital connectivity is also required to enable farmers to have better reporting and rapid uptake of new technologies to drive down emissions."

Meanwhile, red meat farmers support some aspects of the commission's final advice to the Government - including the 'split gas' approach domestically to treat short-lived and long-lived greenhouse gases differently, to reflect the fact that different gases have different warming inpacts on the atmosphere.

However, the sector is disappointed at the "lack of recognition" of the marginal impact methane-emitting sectors have had on the atmosphere for the past 20 years.

"Furthermore, methane emissions from sheep and beef production have decreased by about 30% since 1990. At the same time, warming from fossil fuel emissions has increased significantly."

Mackle says farmers are committed to doing their fair share and playing their part alongside the rest of the economy - but the work needs to be fairly spread.

"We do remain concerned agriculture may be asked to do the heavy lifting if we don't see urgent action to reduce CO2 emissions," he says. "We are all in this together and we must have a fair and balanced plan that requires our communities to contribute equally."

"Independent research shows our milk has the lowest carbon footprint in the world. On top of this, we have a credible plan in He Waka Eke Noa to manage, reduce and price agricultural emissions. We will be the only country in the world charging farmers to do this - elsewhere farmers are often paid to," says Mackle.

"We're looking to produce the same, or more, with fewer emissions and that is a big target for us to hit," says Mackle.

"We want to maintain our economic contribution to Kiwi communities and our position as the world's most emissions efficient producer of milk. That means we need pragmatic targets and new technologies."