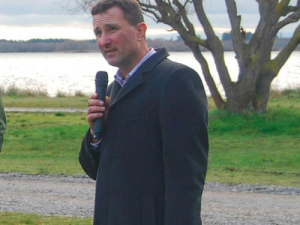 Cropping farmers go the polls in the next few weeks to determine the future of their levy-funded research organisation, Foundation for Arable Research.

Under the Commodity Levies Act growers have the opportunity to vote to renew levy orders every six years. A 'yes' vote will ensure FAR’s continued existence and on-going contribution to the cropping industry, while a ‘no’ vote would result in the organisation being wound up, and all research and extension programmes ceasing.

FAR chairman David Birkett says voting papers will be hitting farm mailboxes from July 24 with voting closing on Wednesday August 23; he’s confident FAR has the support of its grower base.

“A grower survey last year confirmed environmental compliance as the biggest concern facing arable farm businesses, and that this is just one area where FAR is expanding its capability to provide information to help growers.

“Our farm systems focus has produced great results for growers in recent years, including successfully challenging the ability of Overseer to accurately estimate N losses from cropping systems. This challenge resulted in plans to improve the model for cropping systems as well delaying its implementation as a regulatory tool by some regional councils. Farm environment plans (FEPs) have been another success story, with FAR’s FEP template allowing cropping farmers to complete their FEP without the cost of a consultant. For Canterbury farmers, a FAR-led review of stubble burning, as part of the ECan air quality plan, contributed to ensuring stubble burning can continue in most areas in Canterbury.

“On-going involvement in managing existing and new weeds, pests and diseases has also been important. Biosecurity driven projects are helping prevent weeds like black grass and velvet leaf from becoming established in crops in New Zealand and supporting growers hit by the ban on growing peas after the pea weevil incursion in Wairarapa.

“On-farm biosecurity research is also underway, and has identified the presence of herbicide resistance in weeds in a number of areas in New Zealand. FAR is now working with farmers to develop effective weed control options for these resistant weeds in order to protect our seed industry. FAR has also provided information which has delayed the time until Diazinon is banned, allowing time for biological and cultural pest control solutions to be developed.”

FAR also has good links into Wellington and has successfully leveraged funds from central government for numerous research projects, including more than 70 Sustainable Farming Fund projects in the last 16 years.

“We put a lot of effort into consulting, formally and informally, with growers up and down New Zealand, to ensure that our research and extension strategy matches the needs of their farm businesses,” says Birkett.

“This vote isn’t about change. Essentially we are asking our growers to vote to roll over the existing levy orders on arable crops, maize and cereal silage so that we can keep doing what we have always done, adding value to the business of cropping. Growers will receive their voting papers in the mail from July 24, and have the option of voting by mail or on-line. I encourage all growers to take the time to vote.”