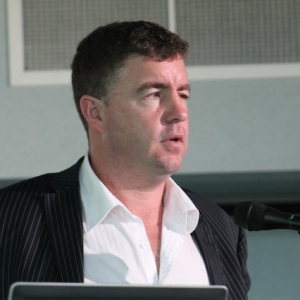 He told the recent Zespri conference that he is concerned to see the right people enter the agri sector in the numbers required. For example, the kiwifruit industry will soon be producing 30 million more trays of product and will need more people to cope with that trend.

Bagrie is convinced that most young people do not understand the long term future they could enjoy in some primary industries.

“People study commerce and law because the perception is they are going to make an awful lot of money. [But] I am pretty sure an agri manager has a higher starting salary than a lawyer or an accountant. Who would have thought that possible five or ten years ago? The relative price signals are starting to shift.”

New websites enable young people to see the opportunities in the various sectors and income prospects over time.

He proposes drastic moves on university fees to encourage agri studies and discourage arts. “If you want to get more people into agriculture there is a big lever you can pull in regard to fees. If you want fewer arts students ram the price of these degrees up and put the price of an agri degree down. Students respond to those sorts of dynamics.”

Bagrie also has a strong message for teachers: education is the only sector where, regardless of skills, people get the same pay.

“Can you imagine a bunch of lawyers on strike, marching down the main street in Tauranga holding up signs saying ‘because we are worth it’?” he asks.