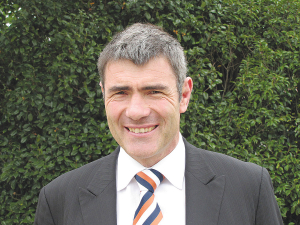 Farmers want policy certainty and are petrified about “kneejerk popular politics” similar to what the Government did with the oil and gas industry, says National agriculture spokesman Nathan Guy.

“The agriculture community is very concerned that they could be next,” Guy told Rural News at the Rabobank Farm2Fork seminar in Sydney.

“I am picking up at this conference, talking to Kiwi farmers, that there are already headwinds. So while prices are looking quite good for our farmers, there are very strong headwinds coming at them, to do with water quality, biological emissions, biodiversity and, importantly, capital gains tax and environmental taxes.

“So these numbers are scary and that is why farmer confidence is at the lowest it has been since the global financial crisis.

“Farmers right now are feeling brow-beaten,” Guys says. “The Government needs to be very mindful of the fact that if they impose more taxes and regulations on farmers they will slow down the New Zealand economy and that will have detrimental long term impacts on everyone.”

Meanwhile, he says National is waiting for the Zero Carbon Bill to hit the parliamentary process to see if it can get cross-party support and be enduring.

Guy believes the recent Parliamentary Commissioner for the Environment, Simon Upton, report ‘Farms, Forests and Fossil Fuels’ is worth a read.

“It basically says agriculture and carbon emissions should be treated differently. And if biological emissions enter the ETS (emissions trading scheme) then funding should be reinvested back into the communities where it came from to deal with things like greenhouse gases, water quality and biodiversity.

“I believe this is smart thinking and gives farmers more ownership of local outcomes. Collecting a levy or tax on biological emissions at the processor end, i.e. per kilogram milk solids or carcase weight is quite a crude measure and won’t do enough to change behaviour inside the farmgate. That’s why farm plans are vitally important.”

Guy said DairyNZ’s onfarm trials of 44 farms are also well worth a read.

“They are saying no one size fits all, when you think about the regional aspects, different stocking rates, different grazing regimes and different feed inputs. All of these things change the emissions profile so I think it is vitally important that DairyNZ and the Government carry on doing this research.”

He says when we talk about the climate change debate farmers don’t get acknowledged for the great work they have already done over the last 15 years in a voluntary capacity.

“They have fenced from Auckland to Chicago and back,” Guy says. “In a lot of cases, they have done a lot of riparian planting. So they know there are benefits in environmental enhancements inside the farmgate and most of them want to leave their farms in a better state.”