Get used to higher costs of farming 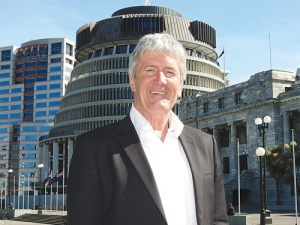 On the increasing costs of farming in New Zealand, Agriculture Minister Damien O’Connor says “get used to it”.

“The reality is we are in a world that is scrutinising every part of our farming operation,” he says.

For the most part, we produce fine food, nutrition and fibre, O’Connor told the NZ Institute of Primary Industry Management conference.

However, he claims a recent apple contract was lost in the United Kingdom because the exporter couldn’t guarantee that the labour component of that production system gave fair wages and conditions.

“It’s a wake-up call for that industry; we will be under the same level of scrutiny for every part of our systems – animal welfare, environmental management, labour.”

He says NAIT was seen as an unnecessary cost when it was introduced, in the same way as water and nutrient management are now seen by some as an extra cost to farming operations.

O’Connor was questioned about the purpose of the Primary Sector Council which he set up to ‘provide advice to the Government on issues confronting the primary industries, with an immediate focus on developing a sector-wide vision’.

“The question is, ‘why are we doing it and are we heading in the right direction?’ [The council] has quickly identified the issues on training, CRIs and research… where there is dysfunction.

“In some areas we are certainly not using our capability as we should. In the few meetings the council has had, I think they are on the mark.

“They will not come up with a magical solution, but they will come up with some direction for each of the sectors to work through.”

O’Connor then had a dig at PGPs – implemented by the previous government – for being like “confetti thrown around”.

“Most people in agribusiness have benefited in some way from PGP. The problem is when that finishes, where are you?”

As a result of COVID-19, the world has learned to operate, communicate, and negotiate online.