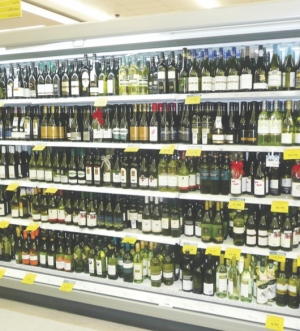 THE WINE industry is seeing the first signs of renewed interest in new vineyard development, showing there is new optimism in the industry, says New Zealand Winegrowers chairman Steven Green.

Five years ago the New Zealand wine industry suffered a supply imbalance as producers made more wine than they could sell. Grape prices slumped and vines were ripped out.

Green says New Zealand’s reputation
as a premium producer will be enhanced by the “golden harvest”.

“While this represents a big step up from the light 2012 vintage, the increase is demand-driven,” he says in NZW’s 2012-13 annual report.

Green says feedback from wineries indicates they harvested in line with sales projections. However, for some wineries sales are still likely to be constrained by a shortage of grapes in the year ahead.

Combined with the larger crop, this gave growers their best year since 2008, allowing vineyards to start ‘catch-up’ capital spending and repay debt.

But Green cautioned that finding the right balance between supply and demand is tricky. “Wineries need enough stock to build markets, but not so much as to get ahead of demand. To the extent permitted by nature, growers respond to signals from wineries in dialling up or down production volumes.

“If, as expected, wineries have a successful 2013-14 sales campaign, many will see scope to extend production further in 2014 and that message will be passed back to growers.

“Beyond that we are seeing the first signs of a renewed interest in new vineyard development, a signal of new optimism in the sector.”

For the New Zealand wine industry, the recovery is well under way from the 2008 supply imbalance, Green says. “We have a vintage of marvellous quality to sell. The sales prospects for the year ahead look positive.”

But he cautioned that if the industry is to learn from the recent past, new plantings must be market-led and demand driven.

He says it’s clear there are still challenges for growers and wineries, and supply discipline remains essential.