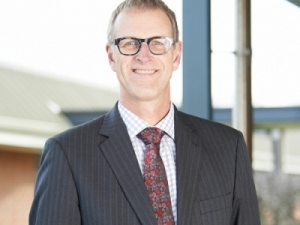 Fonterra directors have completed a second round of meeting with shareholders on proposed changes to its leadership structure.

Last week, over 200 shed meetings were also held by Fonterra Shareholders Council to get farmer feedback.

The review committee will discuss farmer feedback before putting a proposal to the Fonterra board and the Shareholders Council; a final proposal could be put to farmers for voting in late May.

Speaking after taking part in six farmer meetings between Northland and Waikato, Spaans said farmers recognise the better processes and outcomes proposed by the review.

He says the proposed cut in director numbers from 13 to 11 was barely raised at the meetings he attended.

"There were one or two questions on why couldn't we keep it at 13; one or two raised the possibility of reducing the number further," he says.

"We explained [the numbers were needed because] of our unique regulatory requirements like the milk price panel and the general workload of directors."

Spaans was joined at the meetings by Fonterra Shareholders Council deputy chairman Greg Kirkwood. On average 30 farmers attended each meeting.

He says while many farmers lacked time to think about the proposal, mailed out on April 13, lots asked questions and gave feedback.

"If we pursue those changes we will need 75% support at a special meeting and that is a big hurdle."

Former Shareholders Council chairman Ian Brown, who held farmer meetings in Southland and Otago, refers to "good questions" on the board numbers and composition.

Brown says overall there was support for evolving the governance and representation of the co-op from "where we are today".

Also attending the meetings was John Monaghan, standing in for chairman John Wilson, in China on the Prime Minister's trade delegation. Brown says Monaghan's presence was a great example of the varied workload of directors.