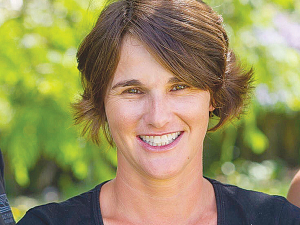 A group of vegetable growers centred on Pukekohe in South Auckland say regulatory changes could be do-or-die for their growing enterprises.

“There are a lot of changes happening now with the Resource Management Act, the National Water Policy Statement and how the different councils are approaching those rules,” she told HortNews.

“Plan Change 1 in the Waikato will have a huge impact on growers and also Auckland is looking at its water strategy.

“The impact of those decisions can have a big impact on whether we will be able to continue to grow or not. We need to ensure as a group we have got a strong voice and we are keeping on top of any change.”

PVGA started out a century ago as a small group of growers in the Pukekohe area that would meet to discuss farming and related matters. It has now grown to a large association, stretching from Warkworth in the north to the southern Waikato.

They have about 230 members and most are intergenerational farmers – three to four generations of a family, says Faulkner, who is compliance manager with Sutherland Produce Ltd.

“The purpose of the association has adjusted over the years and now has a high advocacy role,” she says.

“We are focusing as a group on sustainability, health and safety for our employees and customers and a lot of compliance issues with regards to resource management, sustainability for water and land use.

“It is harder for individual growers to have a voice so as a group we are able to submit on things at regional levels with council and have bigger discussions. We are also supported by Horticulture New Zealand.”

The members firms grow a huge range of produce.

“The Pukekohe region is unique in being able to grow year-round and we are relatively frost free, have volcanic soils and good access to quality water,” Faulkner says.

“So this region can grow a lot of product that is not grown elsewhere. It is probably one of the only places in the world where you can grow green vegetables all year around. We can do things like new season carrots and potatoes. We also have indoor cropping – tomatoes, capsicums, cucumbers. Some of our members in the Waikato grow melons, there’s Asian greens, onions, all sorts of different products.”

“That gave good backing as to the percentage of crops that come from our area that feed New Zealand, and told how important it is we are able to keep doing that.”

The report found Pukekohe is a small area – just 0.01% of the size of Auckland. And although it accounts for just 3.8% of NZ land under fruit and vegetable production, it contributes to 26% of the nation’s value of production of vegetables and a lesser proportion of fruit.

Some are JAFAs, some are not

Several growers in the Franklin area have properties that straddle both the Waikato and Auckland districts.

“It is just an invisible line and in some cases could be the difference between one paddock or one road. So that is why we are heavily involved with both councils,” says Faulkner.

They have an executive committee of about 20 growers and tap into Horticulture NZ resources, but a lot of volunteer time is involved.

“As individual growers we need to ensure our voices are being heard. We try to fight the fights that we can.

“We are lucky because a lot of us have cooperative employers or are shareholders in a business or have a vested interest to ensure we can keep growing.