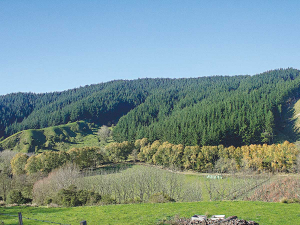 A Hamilton woman has been disqualified from owning horses for a year, sentenced to 100 hours community work, and ordered to pay vet fees of $498 after her horse starved to death.

Alicia Victoria Keppel, 53, appeared in the Hamilton District Court for sentencing on one animal welfare charge, after the case was brought to the court by the Ministry for Primary Industries (MPI).

“The horse was Ms Keppel’s responsibility and she failed to provide proper care and sufficient food for it. For a long period of time she didn’t check on the horse.

Animal welfare inspectors visited Keppel’s property in the North Waikato area on 22 February 2020, after a complaint from a member of the public about an emaciated horse. When inspectors arrived, they found the horse had died overnight.

Mikkelsen says the horse would have suffered significant distress, was extremely emaciated and starved to death.

"In New Zealand, everyone must take responsibility for animal welfare. We encourage any member of the public who is aware of animal ill-treatment or cruelty to report it to the MPI animal welfare complaints freephone 0800 00 83 33".

Despite the disruption of the Covid-19 pandemic, revenue from New Zealand's primary exports in the past season only dropped by 1% and is predicted to quickly pick up and reach a record high of $49.6 billion in the next 12 months.