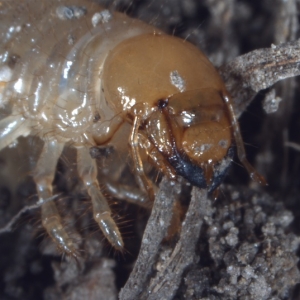 Grass grubs are attracted to plants by odour.

A recent study from the Bio-Protection Research Centre has found that pasture grasses with beneficial micro-organisms are less attractive to soil-dwelling insect pests.

Most New Zealand ryegrass and fescue pastures contain some beneficial microorganisms living within the grass shoots. These fungal endophytes are key to the country's healthy grasslands. In return for food and shelter, the tiny creatures can help their host grass resist insect attack, survive droughts, and even protect against overgrazing.

Now researchers from Lincoln University, AgResearch and the University of Otago have found that, while the endophytes live mainly in the grass shoots, their protective influence can extend as far as the plants roots. This is due to a change in the plant's chemical signature.

Insect pests are attracted to plants by odour, as they can smell minute amounts of chemical compounds that tell them if a plant is damaged or healthy. However, plants colonised by endophytes release different chemicals, which can deter insect pests in the soil from feeding on the plant's roots.

The study showed that grass grubs, a major grassland pest throughout New Zealand, preferred to feed on the roots of grasses without endophytes. The grubs appeared to be responding to the smell of specific types of compounds (known as volatiles) that are released by the plants.

"The endophyte is only present in the shoots, not the roots; however, we found the roots produce less volatiles and so fewer grubs came to feed on them," says Dr Michael Rostás, a senior lecturer at Lincoln University and lead researcher on the recent paper.

"Our data suggests that protection is a two-step process where grass grubs are less attracted to plants with endophytes in the first place. Those that do feed on the roots will eventually be deterred by the fungal toxins," says Rostás.

More research is necessary to see whether other combinations of grass and endophyte have the same effect, and if this can be used to combat grass grub damage on farms.

Call for move to district reporting of COVID-19