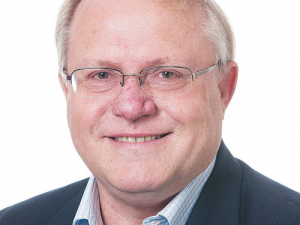 Lincoln University says its finances are back on track, with its first operating surplus in a decade.

The turnaround follows a controversial report jointly commissioned by the university and the Tertiary Education Commission (TEC) and completed by EY (formerly Ernst and Young) in July last year. It predicted the university would not achieve a surplus for at least another ten years.

That report – only last week made public -- painted a bleak picture of the university’s finances and recommended it move towards “integration” with another institution – a course Lincoln opposes.

He says the ‘Refreshing Lincoln’ initiative began in August 2016 to address some of the financial, academic and organisational issues raised in the EY report.

“We brought together a new executive leadership team in a short time and they have driven changes including implementing a new business model,” Pollard says.

“This included establishing an ‘internal economy’ with each operating unit now responsible for its own budgets, reporting and monitoring of their operations. The programme has also focussed on reducing costs, reviewing strategic assets which may no longer be needed, and work to improve programme attractiveness and increase student numbers.”

A transformation board has also been appointed. Pollard says it is focused on a wide range of options to best ensure that Lincoln University makes a sustainable and significant contribution to NZ and international land-based education research.

The board will report to the Lincoln council in October.

Pollard says its “excellent progress” in returning Lincoln University to profitability is the result of “clear strategy, strong leadership and sustained teamwork at every level of the organisation”.

“There is still much work to be done but it is significant that at the end of 2016, for the first time in a decade, Lincoln University achieved a financial surplus before unusual items, which the EY report predicted would not be achieved for at least another ten years”.