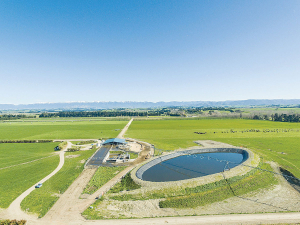 Farm sales are subdued despite high returns in dairy and meat.

It notes that primary product prices are buoyant: global dairy prices have cumulatively gained 27% since November last year and lamb prices in 2018-19 are tipped to average $7.50/kg, even higher than last season’s very strong $7.40/kg.

Product prices are generally buoyant across the various primary industries at present, the report says.

“Indeed, for many, prices are enjoying multi-year strength. Not only are many product prices above year-earlier levels but most are also above their five year average.

“The recent gains and level of prices are helping underpin generally positive revenues within the primary sector.”

The official cash rate remains at a record low of 1.75%.

BNZ says the combination of buoyant product prices and low interest rates is often fertile ground for farm investment and an active rural property market. However, current indicators on those are mixed.

“The rural property market is one that appears to lack ‘zing’. Sure there will always be variation across regions, industries and grades of properties but, in general, given the product price and interest rate backdrop the property market tone has been rather subdued.”

According to the Real Estate Institute of NZ, the average farm sale price in the year to February 2019 was nearly 8% below the previous year. But this measure can be highly influenced by the characteristics of the particular properties sold. The REINZ farm price index, which attempts to account for different farm characteristics, is nearly 4% higher than a year ago, the bank notes.

“To us, the latter is a better measure. In any case, it is always difficult to generalise about property prices across the rural market given the diverse features of individual properties.

“No doubt the performance of individual sectors and regions will vary – potentially by a lot – from the national average figure.”

The number of transactions clarifies details: REINZ’s statistics show just over 1470 rural properties sold in the year to February 2019 -- 3.5% fewer than in the same period a year ago, which was itself down nearly 14% on the year before that.

Sales over the past year were 23% lower than their most recent peak in 2014, with obvious weakness in dairy but strength in finishing properties.

On the five year average the bank comments that property transactions are 14% lower, and primary product prices are nearly 10% higher, “[seemingly] a reasonable difference, especially with the added context of low interest rates”.

Solid demand has bumped up against tight supply. Poor weather has affected production in NZ, Australia and the EU.

“Current market conditions give optimism for a high next season. But we are wary of heightened international economic uncertainty and the possibility that the intensity of the current milk supply squeeze will fade.”

The bank is forecasting a $6.70/kgMS opening forecast for the next season, based on lower international prices.

ASB bumped up its this season milk price forecast by 50c to $7.50/kgMS after last week’s 1.7% rise in the Global Dairy Trade.

Powders led the way for the 3.7% jump in the Global Dairy Trade last week with economists now looking at an upside to current milk price forecasts.

But it's not all doom and gloom.