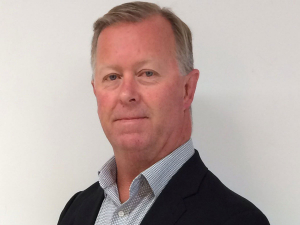 RCNZ vice president Helen Slattery says Olsen stood out to the selection panel in a strong field of candidates.

“Our industry is facing some significant challenges particularly with labour shortages and the need to further boost our training. Andrew brings nearly 20 years’ experience as a CEO or GM and four years as a director of Service IQ, the Industry Training Organisation for the service sector.”

Slattery says one of the new chief executive’s first priorities when he starts the job in June is working with RCNZ and Government agencies to review the announcement that only 125 skilled agricultural machinery operators can come into New Zealand from overseas next season.

RCNZ had requested a minimum of 400 after surveying its members.

“Andrew is well versed at working with Ministers,” says Slattery.

“As our first full-time CEO, he will be picking up on the Government’s requirements for us to complete a sector workforce plan and develop a model to upskill New Zealanders to achieve the announced exemptions.”

“We have every confidence that Andrew is the right person to put our case and continue the excellent work done for us over the last 15 years by outgoing CEO Roger Parton,” Slattery says.

Olsen says he is delighted to be taking the helm of RCNZ.

“Rural contractors are mostly small businesses as were most of the travel agents I worked for,” Olsen says.

“I believe I’m coming into Rural Contractors NZ at a critical time for this important industry and am looking forward to attending next month’s conference as a start to engaging with members.”

Olsen says that while he has not previously worked in the sector, he lives a rural lifestyle in the Wairarapa and has experience in engaging with local rural contractors.

Ag contractors face up to challenges

New Zealand's rural contractors are facing a mixed bag of weather conditions, from drought in Northland to a cracker season in Southland.