No simple answers on water – Smith 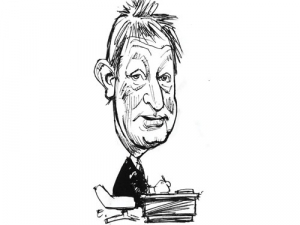 New Zealand is so richly blessed with freshwater that many people do not appreciate its importance to our economy, lifestyle and health, says Environment Minister Nick Smith.

At a guest lecture on the topic, held at Lincoln University recently, Smith said NZ had more freshwater per capita than pretty much any nation in the world.

Smith says many of our major export industries depend on freshwater and our rivers and lakes are equally pivotal to our tourism industry.

"You can connect over 60% of our external earnings as a country to this abundance of freshwater. It is core to NZ's competitive advantage and quality of life."

Smith says the total NZ freshwater resource is 600 trillion litres and we use 11 trillion – or only 1.8% of the total resource.

"Six trillion of that, or more than half, is for irrigation. Two and a half trillion litres a year is used by industry. Two trillion litres is used each year by town municipal supplies and about half a trillion is used for stock water."

Smith says agriculture is not only the biggest user by far, but its use is growing. During the past 25 years, the area of irrigated land in NZ has risen from 250,000ha to 800,000ha.

"This growth reflects our abundance of water, the strength of our agriculture sector and the huge productivity gains available in NZ from adding a reliable water supply to fertile soils and our temperate climate," he added. "The problem, though, is that our systems for allocating freshwater are blunt and unsophisticated."

Smith concedes there are problems with water quality, but cautions those who "exaggerate the problem at the expense of NZ's reputation".

"Our water quality is generally good by international standards. If you compare our biggest river in the South Island, the Clutha, and the biggest in the North Island, the Waikato, both are much better than waterways such as the Murray/Darling in Australia, the Thames in the UK, the Seine in France, the Rhine in Germany or the Mississippi in the US."

Smith says it is difficult from the hard data to draw simple overall conclusions on freshwater quality.

"The first problem is that the trends vary significantly from one river to the next. The second problem is you need several years of data to make comparisons meaningful because water quality varies dramatically seasonally and from a dry year to a wet one."

He says the best summary of overall fresh water quality throughout NZ is that bacterial contamination and macroinvertebrates are unchanged during the past 25 years, dissolved phosphorus is improving but nitrate levels are generally deteriorating.

"The worst water quality is in urban areas, but these are comparatively small in total area. The most significant declines are in more intensively farmed areas and are caused by minimum flows being too low and levels of nutrients or sediment being too high."

"There has been a huge reduction in pollution entering our lakes and rivers from dairy sheds, factories and town effluent systems, with billions been spent on upgrades. These are easier to regulate because they require a consent; they come up regularly for review and councils are able to set standards and monitor performance."

However, he admits these same systems have not been working to address diffuse pollution.

"Diffuse pollution is much more challenging to regulate. It is difficult to measure as it is small amounts of runoff over large areas that just seeps into the drains and aquifers and which gradually accumulate," he explains.

"The activities that cause diffuse pollution – increased stock numbers and fertiliser application in rural areas or leaking pipes, road runoff and pet poo in urban areas – are not activities anybody expects to require a consent for."

"There are some who believe our nation's water choices are binary – it is either water quality or growing the economy," he said.

"We disagree. We clearly need limits and not all irrigation projects, for example, will pass sustainability tests. But there are many water projects that can deliver both environmental and economic dividends."