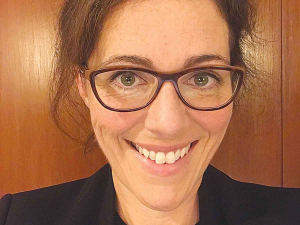 It will also lessen the incentive for other countries – including the US – to join the CPTPP, the 11-country Asia Pacific deal which New Zealand has signed up to. The US pulled out of that deal.

The US-Japan deal includes new market access for about $7 billion in US farm exports, according to fact sheets from the US trade representative

In return, the US will reduce or eliminate tariffs on a few dozen Japanese agriculture exports and on industrial goods including machine tools, fasteners, steam turbines and bicycles.

Along with other elements “essentially this is the same ambitious outcome as CPTPP, but goes modestly further in some areas,” said Honey.

“The agriculture part of the deal explicitly replicates the earlier package in the CPTPP,” she told Rural News.

“It means NZ will face increased competition in the Japanese market from US farm products – including beef (NZ exports of fresh and frozen beef were worth over $166 million last year), cheese ($381m), whey and whey products ($35m), wine ($14.5m) and a range of horticultural products including cherries ($381,000) and frozen processed potatoes ($3.3m).”

“Under GATT/WTO rules, free trade agreements (FTAs) must cover ‘substantially all the trade’ in order to be excused from the otherwise fundamental rule of ‘MFN’ (that is, not providing special favours to one trading partner over others).

“The agreement reputedly covers over 90% of US food and agriculture exports to Japan, but agriculture  exports accounted for less than 10% of total US exports of goods and services to Japan.”

It is hard to see how this deal meets the GATT benchmark, Honey adds.

“How other [disadvantaged] trading partners react remains to be seen.”

It may be that the US and Japan will argue that this is simply an interim step on the way to a more comprehensive package, which is allowed under GATT rules, she says.

“The signalling is clear, however.  Fundamental trade policy principles on non-discrimination, comprehensiveness and agreed rules (for example, enforcement) no longer seem to be a foregone conclusion.

“We have already seen suggestions that the EU would want to exclude agriculture from any trade agreement with the US, and that the US would likewise contemplate post-Brexit ‘micro-deals’ with the UK.

“None of this bodes well for tackling some of the more intransigent distortions in the global trading system, nor indeed for a producer of ‘sensitive’ products like New Zealand.”

ExportNZ executive director Catherine Beard says Japan will apply the same commitments it has made under CPTPP for import liberalisation for some US agriculture imports.

“Unfortunately for NZ this includes beef and cheese and other products of interests.

“This agreement will therefore potentially see the US, once more, competing on a level playing field with NZ exporters in the Japan market.  This threatens to erode some of the most important gains achieved through CPTPP.”

The deal is potentially subject to challenge in the WTO, she says.