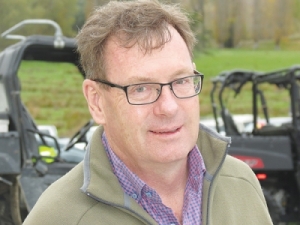 At this time of year, low-level spraying is a frequent occurrence and farmers and agricultural pilots need to work together to stay safe around wires.

That's the message from WorkSafe and the Civil Aviation Authority who have developed a fact sheet on how to prevent wire strike – a cause of many agricultural pilot accidents and deaths.

Al McCone, WorkSafe's programme manager for agriculture, says every year there are several cases of aircrafts striking wires on farms.

"Between 1979 and 2015, helicopter pilots alone had 116 wire strikes, resulting in 28 deaths," says McCone. "Many of these were power or phone cables, but 62 were from other overhead wires, including fences and elevated gully wiring.

"These are a significant threat to any aircraft flying under 500ft. If your farm has a health and safety plan in place that identifies, manages and communicates risks like wire strike, then injuries and fatalities can be prevented."

Wires are thin and often the pilots can't see them until too late. The wires can be suspended overhead electric fence feeder wires that span open spaces and valleys. They can hang from poles which sit on top of ridgelines or across the bottoms of valleys. Wires can also come from unused telephone lines, power lines or television and radio aerials and wires, and high tension power lines and wires.

The factsheet advises farmers to remove aerial wires where possible and mark all wires and power lines that can't be removed on a hazard map. It is strongly recommended that farmers show pilots the map and discuss it with them before any work begins.

"Farmers can eliminate much of the risk by getting rid of unused lines or wires and by lowering overhead electric fence feeder wires to fence level," says McCone. "Where that isn't possible, farmers should ensure the pilot knows the location of wires, including a reconnaissance flight with the pilot."

The fact sheet is supported by Whanganui pilot and farmer Dean Lithgow, who launched the national Let's Get 'Em Down campaign following the death in 2014 of his friend, pilot Peter Robb. Robb was killed when his helicopter struck an electric fence feeder wire while carrying out agricultural spraying. "Wire strikes pose a risk for all pilots, not just helicopter or agricultural pilots, but also pilots of private aircraft, balloons, gliders and microlights when they're forced to fly somewhere in the event of bad weather," says Lithgow.

"I've had several close calls myself including hitting an electric fence wire I didn't know was there."

"For helicopter pilots, most agricultural work such as crop or weed spraying is carried out at low levels so they are at particular risk."

For a copy of the factsheet go to http://saferfarms.org.nz/fact-sheets/wire-strike