The struggle for a good worker 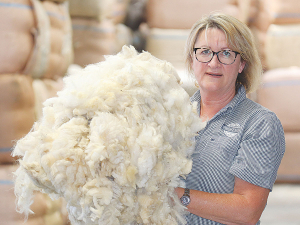 Biosecurity aside, most farmers will tell you the biggest challenge facing the primary sector is a shortage of good, qualified people.

Central Hawkes Bay woolbroker Philippa Wright is one of many rural employers who struggles to get staff.

In sourcing seasonal labour to help out over the busy summer months, Wright has been fortunate to get staff. School and university holidays coincide with when she needs extra staff, and Wright says the local collage has been helpful in identifying good young workers.

The late season this year was a bit of a problem but she got by in the end in finding seasonal labour. But the nightmare is finding permanent staff. Qualified people are hard to find – especially truck drivers, she says.

“I advertised for a truck driver and got two applicants; one of them didn’t even have his licence,” she told Rural News.

“Ask anyone in transport and they will tell you they are desperate for young qualified drivers. But a heavy traffic licence costing $1000 is a lot of money for a young person to find, even if they would like the job,” she says.

Finally, Wright decided to employ a person who didn’t have a licence because he had worked in the wool industry before and she felt if she helped him out at the start by funding the cost of getting a licence he would stay in the job longer.

“It’s worked out incredibly well for me: he’s doing well and he sees it as a career. But when you make that decision at the start there is always the risk things won’t work out.”

Wright believes that in many instances the primary sector is not doing enough to attract young people. There are good examples of what should be done, she says, for example shearing contractors who act as ‘parents’ for young people by providing transport, accommodation and even someone to ringing them up to make sure they are ready for work the next day.

They also bring in people from overseas to help out and this is something she supports.

“But there is a group in our society that don’t have the same provisions made for them. They don’t have vehicles or families who are supportive, they don’t have people to wake them up in the morning and remind them to go to work.

“Many don’t own cars and in the provinces that it is hard because there is no reliable public transport.”

Wright says the cost of a basic driver licence is $200 and if they fail they have to pay again to re-sit the test. She believes the authorities have made it more difficult – and very expensive -- for people to pass the driving test.

“The result is many young people can’t work on farms.”

Who wants to work sheep?

Meanwhile a Beef + Lamb NZ farmer council member in Hawkes Bay, Michael Hindmarsh, says a decline in sheep numbers is at least partly due to the fact that young people don’t want to work with sheep.

He says farmers are looking at other options such as trees and cattle.

Hindmarsh believes the work appears to be “too physical” and people are looking for easier jobs. This applies also to some older farmers who are moving away from sheep to beef because they can’t get labour and they themselves find the physical handling of sheep tough going.

Hindmarsh says getting labour is the biggest problem facing the sheep and beef sector.