Worms – not farmers – off the hook 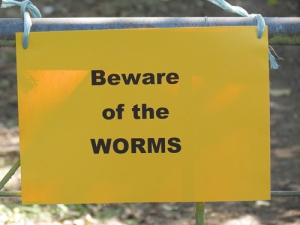 MPs in Parliament laughed about some aspects of the bill, for example, mini golf and worm farming deemed high risk activities while normal farming was classified as low risk.

Woodhouse says this has led to a misconception by some farmers that they are ‘off the hook’ on health and safety -- a complete fallacy.

While businesses with fewer than 20 staff, such as some farms, will not have to appoint a health and safety representative, that does not free them from the requirements of the act.

“In fact the bill creates a framework which sets a much higher expectation of everybody participating at work – workers, managers, owners,  directors; they all have greater obligations to themselves and others to be safe,” Woodhouse told Rural News.

“In some organisations the appointment of a health and representative may be the easier rather than the harder path. The way the modern workforce is changing, in particular smaller business, there can’t be a one-size-fits-all approach to a health and safety framework.

“But there has to be an approach and not having a health and safety rep does not let farmers off the hook.”

Woodhouse says too many farmers take a fatalistic approach to risk, saying accidents ‘just happen’. He believes the biggest challenge facing the farming community is a commitment to reduce or eliminate tolerance of injury.

“I support the comments by Federated Farmers’ Katie Milne, who said often where a farmer or manager is working side by side with workers, they don’t need a health and safety rep to tell them what the hazards and risk are; they are living them every day along with their workers.

“But there needs to be clear and open communication about the management of those hazards and any new ones that emerge. And zero tolerance of poor industry practice.”

Woodhouse says while he’s disappointed the bill has caused some sideshows, health and safety is being talked about and he expects a positive spin-off.