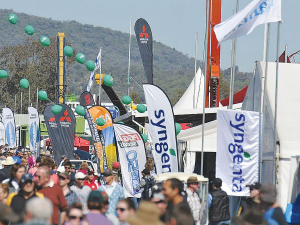 Recent rains, decent crops and a government write-back allowance has put a smile on many Australian farmers and machinery dealers.

While much of urban Australia has its chin on its chest because of Covid, out in the countryside the arrival of rain, decent crops and a government write-back allowance has put a smile back on many farmers and rural supply companies - not least machinery dealers.

A recent report delivered by the Australian Tractor and Machinery Association (TMA) showed that tractor sales for the year 2020 were up 23.6% to 13,639 unites. This heralds the 10th successive year where numbers topped 10,000 units - with a cumulative total of 115,300 delivered over that period. Likewise, sales of combine harvesters were up 25% to 672 machines for the year, while baler sales topped out at 1295 machines - a rise of 37%.

All up, the Australian machinery market is estimated to have delivered AU$3.782 billion in sales. This is made up by tractors at AU$1.396b, combines at AU$439m, balers and hay tools at AU$355m and self-propelled sprayers at AU$450m.

Alan Kirsten, from statistics-collating company Agriview, points out that the distribution channel for agricultural machinery has also changed dramatically over the last decade. Back in 2009, there were 457 'single business' outlets compared to 274 similar outlets in 2021 - a drop of 40%. In contrast, the 300 'grouped business' outlets had risen to 389, a climb of nearly 30%.

"Considering that in the late 1970s there were around 2500 outlets in the agricultural machinery distribution chain in Australia, things have changed quite dramatically," Kirsten says.

With buyouts and consolidations continuing to take place at an alarming pace, I would suggest that anything below 650 outlets would make it near impossible to meet demand - even in a more normal year."

He also went on to discuss, when the "gold rush" for farm machinery will end. Kirsten suggests that it will not be any time soon as Covid-related production, component shortages and shipping delays will take at least another 12-months to catch up and meet forward orders.