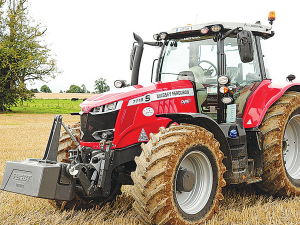 French media reports suggest that the MF production lines at Beauvais was shut down after a recent ransomware attack.

This follows recent news that global tractor and machinery manufacturer AGCO released a short statement in early May noting that a ransomware demand had adversely affected its business operations.

The manufacturer of brands such as Massey Ferguson, Fendt and Valtra said some of the company’s production facilities had been affected and it was likely to take several days or longer to restore all operations back to normality. That process would include reinstalling software and restoring IT software at the affected sites.

Reports in the French media suggest that the MF production lines at Beauvais were shut down during the episode, with worker sent home after servers at the plant were rendered inaccessible. Likewise, German media was reporting a similar situation at AGCO’s Bavarian sites as the IT outage continued.

Although there have been no further announcements since the May notification, dealers have been contacted to advise of the actions being taken to rectify the problem. Inhouse emails are suggesting that the entire parts system was knocked out and attempts to restart it were only partly successful, with invoicing at crediting functions still down.

It appeared that parts could still be ordered and dealer inventories were able to be viewed, but order processing and deliveries were restricted.

On a broader scale, it appears that ransomware attacks are becoming more common, with US cyber-security specialists Sophos noting that there had been a 37% increase in such events between 2020 and 2021. It also notes that 45% of businesses “paid up” in the hope of ending the disruption. It is not known if AGCO paid any such ransom demand.

In an age where farmers and producers are being encouraged to place more faith in digital technologies for increased efficiency, while at the same time turning over more information to manufacturers, questions have been raised about what happens when digital crimes shut such systems down.

Who will be responsible for such systems if they are hacked, the manufacturer who installed them or the farmer/producer end user?

The attack on AGCO might serve as a timely reminder for farmers, growers and manufacturers and their distributors.