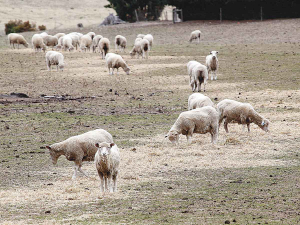 Rising costs of feed and lower prices for stock are the order of the day in drought-hit Northland.

According to NIWA, it is the worst drought the region has suffered in 50 years.

Leigh Askew, who’s a beef farmer in Hokianga, says she’s never experienced a summer dry like this before. Her family says it’s the worst they can remember. She says throughout the summer, temperatures were upwards of 26 degrees Celsius daily.

Askew says effects of the terrible dry have caused a drop in prices for stock she has been trying to sell.

“I was once selling Charolais steers and bulls for $1,400-1,500, and now they only selling for a mere $930,” she told Rural News. “It is incredibly frustrating and debilitating. But as a farmer, you just keep on farming through it. You tighten your belt a little bit more and you just have to keep farming.”

Askew adds that the drought had affected them far more than COVID-19.

Another to be badly affected by the drought has been Kerikeri dairy farmer Renee Upston. She says, so far, it’s cost her an extra $80,000. Half of this was for additional feed, $30,000 in lost income due to a drop in milk production and a further $10,000 for loss in income of cattle sales.

“I’ve taken on some part-time work to try and off-set the losses from drought,” she told Rural News. Upston says most farmers she knows have been working for the last few years just to get on firmer financial footing, after borrowing to survive the effects of the low dairy payout crisis. But she notes that many of these farmers survived the 2008 Global Financial Crisis and the plunge of the dairy payout in 2015 and will do it again.

Dairy farmers Scotty and Delwyn Rumsey say they have also experienced increased production costs on their Takahue dairy farm, despite a record season – which saw them produce 91,700 kgMS from their herd of 232.

They’ve had to purchase additional feed, as well as under sown and re-seeded all drought affected paddocks and transported water to their lease block.

They say COVID has made it nearly impossible to get cattle off the farm while under Alert Levels 3 and 4, when saleyards were closed and meat works were operating under tight restrictions.

For most Northland farmers, it’s been a case of having to buy in additional feed and trying to get surplus stock to processing works. The unknown, at this stage, is what impact this drought will have on next season’s production and how long the region as a whole – like many parts of NZ – takes to recover.