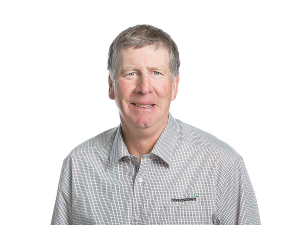 OPINION: The phrase ‘gumboot directors’ came about in the 1970s when co-operatives like Ravensdown were created.

Originally intended as a jibe from the corporate business world, it became a badge of honour as farmer shareholders put their hand up to influence the businesses they own.

These days, New Zealand’s agri co-operatives are multi-million-dollar operations, with complex business models and risk profiles. And the governance of such organisations has never been more important.

Over the years, the professionalism and competency of independent, appointed directors has rubbed off on their farmer-elected counterparts. In the modern era, shrewd strategic decision-making, fresh thinking and networks of relationships have complemented the traditional director role of ensuring financial solvency.

In that time, many agri-sector enterprises have also become more sophisticated and commercially driven. As a result of all this, the farming leaders of today are better equipped for the boardroom than the farmers from a bygone era.

In addition to the many boards, trusts and committees arising out of the intensely community-minded rural sector, a large number of agri-businesses operate under a co-operative model (like Fonterra, FMG and Ravensdown).

The performance of these co-operatives in a world recovering from Covid-19 is crucial to New Zealand. The creation of food for humans or livestock is a complicated business and critical if the country is going to earn the export dollars that pay for economic and social support throughout the recovery.

A co-operative board’s role is to act as stewards for its members and shareholders. Ordinary shareholders vote for those who they think will represent their interests best. The elected directors, who often have a ‘stake in the game’, are more than likely to be members of the community they’re representing.

As a representative of the shareholders, there’s an advocacy role. It’s also important to lead and challenge rather than only follow the mood of farmers at any given time. To stop any individual director becoming too entrenched and thinking becoming too rigid, elections can be set every three years and maximum terms can be written into the constitution.

Being on a board allows farmers to lead and guide transformation in areas where they have knowledge and passion. As an arable farmer myself, this is something I’ve been incredibly fortunate to have been a part of during my time as a director at Ravensdown.

A good board is one that has mixed representation. So, I urge farmers to throw their hat in the ring, be ready to ask the tough questions, and be at the forefront of a team safeguarding the future prosperity of New Zealand’s primary industries.

Co-operatives can be more long-term and people centred in their thinking compared to listed outfits being buffeted by a volatile share market. It’s a business structure well suited to the challenges of our time such as sustainability in its broadest sense.

But it’s people that take the co-operative idea and create something special and that includes the directors in the board room.

• Stuart Wright is the current deputy chair of Ravensdown and farms 330ha west of Christchurch growing arable crops, seed potatoes and finishing lambs. He is standing down from the board because he has reached the maximum term of 12 years serving as director for central South Island. Nominations for his director position close on 31 July.

Ravensdown has unveiled new methane mitigating technology that it says virtually eliminates the methane emitted from effluent ponds - reducing it by up to 99%.