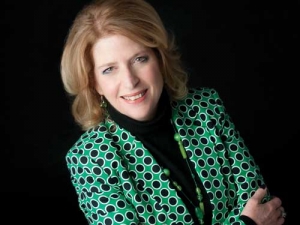 There’s a growing degree of anguish in the rural sector, says Deborah Hart.

Farm debt mediation is back in the national spotlight, and not a moment too soon.

When NZ First introduced its Agricultural Debt Mediation Bill in June, the party probably didn’t appreciate the full extent of the financial roller-coaster ride the dairy sector would find itself on in 2015.  But with world auction prices forcing the dairy payout lower in recent weeks, it’s hard to argue against the timing of the related discussion.

Politically, the bill will only be debated if it is drawn from the members’ bill ballot. But the evidence suggests that the subject deserves a wider airing. This is not just in respect of the bank-related issues, which the proposed legislation seeks to address, but the wider role of mediation in the rural sector.

If the work of the Arbitrators’ and Mediators’ Institute of New Zealand is anything to go by, the growing degree of rural anguish—whether to do with financial stress, sharemilking matters, trust issues, family, employment disputes or contractual stoushes — suggests the need of skilled mediation has never been greater.

Too often these disputes are highly, bitterly and unproductively personal. They’re also very costly for those involved and ultimately to their wider communities.

Right now, of course, farm debt is the major concern. Most banks say they are already mediating issues around it --negotiating with farmers and trying to assist them.  But what banks say is only part of the story. The banks are not compelled to go down the mediation path. And this lack of a required third-party mediator—rather than what too often is simply a mere advocate—can create serious problems.

Why are mediators important? It’s because the better the calibre of mediator one has—which is to say, somebody professionally trained, qualified and credentialed for the job—the higher the probability of not only a resolution but a resolution people can live with.

The better the chance of an attractive resolution, the higher the amount of goodwill that will probably be gained in the process. Not to mention money saved by avoiding the costs of litigation, with all its associated risks, damage to morale and the business.

And this is especially true during times like these when the financial cushion is wearing thin, according to John Larmer, a rural professional who specialises in advisory, valuation and land issues, and dispute resolution.

“Farm debt mediation is really about finding a suitably qualified mediator helping the bank as lender and farmer as borrower to fully explore all options available including debt restructuring,” Larmer, an experienced mediator, conciliator and arbitrator, said recently.

“In this regard the input of a third party is an essential part of arriving at the best outcome for each party.

“Make no mistake this is a very acute downturn for dairying where up to 40% of production is associated with share or contract milking agreements that, in many cases, should now be revisited as to supplement and stocking levels to minimise pending losses to both parties to the contract.

Larmer also makes the point that it’s rather surprising that many local banks should be largely Australian-owned and run out of Australian states that have statutory farm debt mediation schemes in place. Yet these processes have had no official traction in New Zealand—despite the obvious benefit to those farmers facing a financial crisis.

The banks and other rural lenders would also benefit, too, from getting an independent mediator involved in what can be a highly emotional situation.

For at the end of the day—or in the middle of a long economic night—this isn’t just about money but our country’s future.

• Deborah Hart is executive director of the Arbitrators’ and Mediators Institute of New Zealand, which will be hosting a rural seminar in Wellington on November 9. The institute also keeps a rural list of mediators.