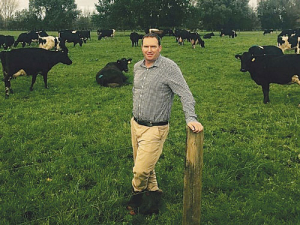 OPINION: Most farmers would be surprised to learn there is no evidence that New Zealand agriculture is warming the planet.

All that farmers have heard from scientists, the Government and at times their own companies is that agriculture is a major contributor to NZ’s emissions.

However, what everyone forgot to tell the farmers is that no direct correlation exists between methane emissions and global warming. The problem is that the accounting method used fails to acknowledge the fact methane is constantly degrading back to CO2, and it is only when emissions exceed degradation that warming will occur.

This is not to say that climate change is not a global problem or that farmers can’t be part of the solution, it’s just to point out that the science does not support the urgency the Government apparently feels about agricultural emissions.

Given that the ETS was created to stop global warming, I went on a mission to find out if NZ agriculture had a warming problem. I contacted every climate change research organisation in the country, I asked universities, DairyNZ, NIWA, MfE – in desperation I even reached out to the NZ Green Party for help.

The only ‘evidence’ provided was a flimsy graph sent by Andy Reisinger from the NZAGRC; it came with no peer review, no supporting research and no references. It appears the entire case for methane being included in the ETS is resting on a drawing.

The only real way to know if NZ agriculture is actually warming the planet is to model how much CO2 is sequestered by trees on agricultural land and balance this against N20 emissions and any net increase in atmospheric methane. The final result may indeed show some slight warming – or even a cooling trend – but without this modelling we will never know.

Another major oversight by the Government, which will eventually turn out to be rather embarrassing, is the fact that methane emissions – which form 85% of agriculture’s total emissions – may not even meet the UN definition of climate change. For this to happen, atmospheric methane concentrations must be increasing and with national stock numbers dropping this may no longer be the case. I’m no lawyer, but I would think any ETS policy should be consistent with the UN definition if using climate change as a justification for the tax.

As if all this wasn’t enough, methane emitters will be treated quite differently from CO2 emitters in the ETS. You see, Air New Zealand could in theory achieve net zero CO2 emissions by planting lots of trees to offset the CO2 spewed out of their planes’ exhausts. The company would be warming neutral and pay no ETS and would likely be hailed as an environmental hero.

A farmer, on the other hand, who has had stable stock numbers for the last 12 years would have net zero methane emissions – which would also be warming neutral. However, he will still pay an ETS on the methane he emits each year. The Government owes farmers an explanation for this discrepancy.

Given that David Parker has generously offered to ‘subsidise’ 95% of all agricultural emissions, it leaves the general public with a distinct impression that farmers are being protected, when in fact the Government has no idea if they are even adding to the problem.

All other industries and NZ are simply targeting net zero emissions, i.e. no further change to the atmospheric CO2 concentration. For reasons known only to the Government agriculture has been singled out to reduce its atmospheric methane concentration below today’s level.

If historical emissions are the reason agriculture is being included in the ETS then James Shaw should just say so. He should also explain his plan to include other industries’ historical emissions. Air NZ’s emissions from 1996 are still warming the planet today, what is the Government’s plan to make them pay?

What is most disappointing in the climate change discussion is the complete lack of vision shown by the industry. We are probably the only major agricultural exporter that can achieve net zero emissions and be warming neutral, yet we continue to follow the Government lead and talk in the flawed GWP accounting language.

Maybe it will become more obvious in a few years; when synthetic protein makers are using our own industry emissions data against us we will realise the opportunity we missed. Let’s hope it doesn’t take that long.

• Steven Cranston is an agricultural and environmental consultant for Cranston Consulting in Waikato.