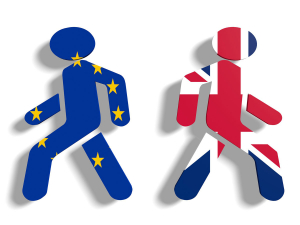 The one guarantee is more uncertainty for NZ.

Up until then, NZ had enjoyed unlimited access to Britain for its agricultural products and at one stage there was even a law passed that said they had to be given priority for our exports.

When Britain joined the EEC, many NZer’s felt hurt and disappointed that the so called ‘mother country’ had deserted us and that we now had to find new markets for our agricultural exports.

There were some tumultuous times – especially in the late 1970’s and early 1980’s when the EEC as it was then, and Britain by default, further cut the amount of product we could send there.

Despite these setbacks NZ Inc got on with the job and found new markets and settled upon a reasonable deal with the European Union.

In 1972 we were concerned about the impact that Britain would have on joining the EU and 46 years on we are ironically concerned on the impact of Britain leaving the EU.

The reason for Britain leaving the EU is bewildering to many. One commentator described it as ‘an unbelievable act of self-harm’, and time will tell whether this is so.

From NZ’s point of view Brexit is not good news and whatever spin the UK government may put on it, their leaving the EU has made life for us as an exporter of agricultural products much more difficult.

For a start, unravelling the access arrangements between the two entities is a nightmare and already the signs for us are bad with the EU and the UK seeming to flout WTO rules in terms of splitting the sheep meat quota arrangements. Issues on dairy are also a major problem.

This whole process has cost NZ massively in terms of time and resources sorting out what to do, and the cash register is still ringing up the bill.

To their credit the UK have indicated that they are willing to negotiate a favourable FTA with us and let’s see what this means over time. But with Britain leaving the EU, New Zealand is left without a so called ‘friend’ around any negotiating table in Europe.

The one guarantee is more uncertainty for NZ as the protracted trade negotiations continue – just like it was 46 years ago.