Innovation rather than regulation may be the answer 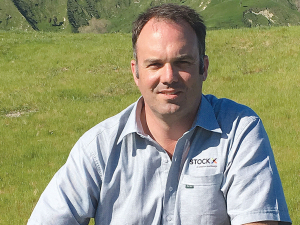 StockX’s Jason Roebuck believes that technology presents an answer to better regulating and monitoring of the livestock and agency sector.

Anyone burnt by a sneaky deal has a very long memory. Instances where stock has been bought, held and on-sold at a decent but undeserved gain would be quick to join the chorus. Nothing boils the blood faster than getting ripped off, especially given the work that went into farming the animals for sale or indeed saving the capital to buy them.

But is compulsory regulation the answer? This is a conversation we at StockX are keen to be part of.

There are plenty of examples of real estate agents taking advantage of their position to buy and sell for their own gain, including turning over houses in a matter of days. Nobody likes a cheat, but to tie up the majority in red tape because of a few dishonest agents may not be the only approach.

Regulations don’t always resolve the underlying problem, and in this case it’s a mostly regional system which relies a lot on trust. That’s not a bad thing; a man should be as good as his word and most are. But there will always be a handful who don’t mind being a bit loose with the truth if it means cashing in on a quick profit.

This is something we’ve looked hard at in our development and expansion of the nationwide online livestock trading platform StockX, due to go live later this year. It was clear from the start that livestock trading could be a lot simpler; and simpler, open systems make it harder to cheat.

The revised StockX marketplace will introduce livestock agents and an auction-based sales system where sellers offer livestock for sale, buyers bid, payment is secure and there’s only one livestock movement between the farm of origin and the destination farm or processor. Issues of misrepresentation will go out the window and farmers’ concerns about transparency, fairness, animal welfare and reduced biosecurity risks will be vastly improved.

In farm-to-farm trades StockX will receive actual weights and/or tallies from the transporter and any variances to the transaction will be settled before final payment is made. In the event of a farm-to-processor deal, the processor will send the kill-sheet and invoice details to the farmer and pay them direct.

We are working on other features for the platform that will support easier, more transparent trading, including those that ease compliance with animal movement and traceability regulations.

Federated Farmers is correct in saying that discussions about regulating agents have gone on for years with no resolution. Technology now presents the industry an opportunity to help solve age-old problems. Rural connectivity is better than it has ever been and it’s improving all the time. Farmers are as comfortable with technology as they are with a tractor. The constraints to online trading of livestock have long gone.

Whatever direction the regulation discussion takes, we should all be getting behind transparent, traceable technology for our collective benefit, while backing the NZ Stock and Station Agents Association’s code of conduct and its independent body that will act on complaints.

Support for the Fed’s in their quest for regulation has its place also, but is best kept as a last resort. It’s crucial that our industry keeps debating these important issues; we will only emerge stronger for it.