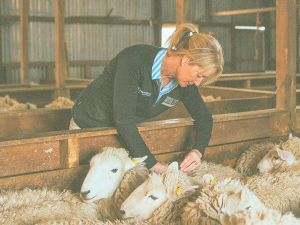 Mental health pressure, regulatory fatigue and anxiety is rife. Exiting the industry is high on the list for many and may be the only economicallyviable option for some. Ironic given that product returns and opportunities to shine as an efficient, pasture-raised, freerange, protein-producing country have never been better.

A lot of time and energy has been spent blaming the current government’s agenda for an irrational regulatory modus operandi.

This was somewhat confirmed by a recent review showing the Minister for the Environment’s overreach into the flawed, impractical Intensive Winter Grazing regime.

However, farmers, ministers and the opposition are often confused by what our sector stance is on issues – caused, in part, by a tendency by some at the top of the advocacy food chain to run with the hares and hunt with the hounds.

Too often there is no united, mandated stance on issues or even a clear sector-by-sector position. Instead, there’s a raft of different opinions and a pool of compromised selfinterest.

I am often told by industry leaders that I do not represent farmers and they do. Valid point. I am not funded nor entrusted with farmer’s futures, unlike the $100 million of farmer levy money.

I acknowledge that much of the levy bodies’ work has been valuable and on-point. Unfortunately, not so for the ‘Big 3’: freshwater, biodiversity and emissions. How can you represent a position while refusing to open your doors to unsanitised farmer feedback?

At times, farmers have been paying levies to a myriad of organisations, just to fight each other in the primary sector pulpit.

When it came to emissions, our sector leaders decided that presenting a united front in the name of collaboration was more important than fairness and fearlessness.

The ‘bespoke’ HWEN plan (or its supposedly evil alternative cousin, the ETS) is guided by overbearing political emission reduction targets that will result in the sheep, beef and deer sectors being used as both an offset and scapegoat.

After gaining a valuable (science-based) acknowledgement of split gases, our levy groups – instead of continuing to ask for evidence on the rationale behind a livestock emissions tax – delved into the what, when, how and who? – instead of coming back to first principals and asking, ‘why?’

The logical process would be to agree on the science, agree on the size, nature and mode of reductions targets – if any – then analyse both sides of the emissions ledger, before launching into a punishing emissions scheme that will instead drive up the cost of food production, is at odds with the NPS Freshwater and will increase global emissions.

The immediate fall out of an emissions tax (whether generic or hand-holdingly bespoke) will be immediate, large scale land use change.

Beef + Lamb NZ knew this when designing and signing HWEN, yet it chose to wait until after it was signed to declare the frightening impacts of unknown pricing in perpetuity. Behind the scenes modeling of HWEN requires at least 4.4% of existing sheep, beef and deer farms to be planted in a monoculture of pine trees just to get to the start line.

This will be further escalated through the cunning ‘emissions intensity’ concept – which will see deer, beef, sheep, low-input dairying – along with organic and regen farming taxed at an economically unpalatable rate. This is punishment for their supposed inefficient ‘emissions per kg of product’ compared with the highest-intensity dairy systems.

Our current advocacy channels are failing us and require a total revamp – starting with the development of a pan-industry strategy by the sector itself, not in partnership with the Crown. This is an opportunity, not a threat.

This strategy needs to identify the sector goals, a clear route to get there and what our ‘not-negotiables’ are – regardless of the shape or form of future governments.

NZ farmers, we deserve better. We owe it to both our forebears and our future generations.

OPINION: Your old mate reckons a nasty war looks to be brewing in NZ farming politics.