Nothing new in ‘regenerative’ 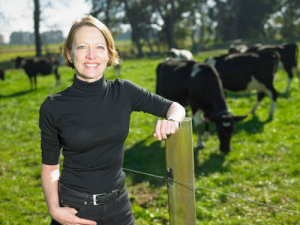 It came as no surprise in the news this month that farmers following the regenerative path use photosynthesis to capture carbon dioxide from the atmosphere and replace it with life-giving oxygen.

Photosynthesis is what all farmers use; it is what plants do when temperatures, moisture and nutrient availability allow. Photosynthesis is the fundamental process for life on earth and is also responsible for the stored energy we refer to as fossil fuel.

Far more newsworthy would have been if photosynthesis hadn’t been involved -- if some process for creating energy and protein had been discovered where land and sunlight were not needed.

Other factors in the statements about regenerative agriculture were that it supports a robust soil microbiome, regenerates topsoil, enhances the nutrient density of food, restores water balance to the landscape and increases the profitability of agriculture.

Whether all those factors are possible depends on the management of the system, and the balance between the carbon coming into the plant through photosynthesis and leaving through harvest of the plant, milk or meat. In turn, that depends on the temperature, moisture and nutrient availability.

The process being described for the soil microbiome and regeneration of topsoil is the availability of plant material through litter and dying roots to feed micro-organisms and allow the build-up of organic matter in the soil.

Our Land 2018 reported that 95% of sites are within the target range for soil carbon. This would tend to suggest that conventional farmers have been doing a good job in managing photosynthesis and the balance between carbon in and carbon out.

Nutrient density of food is also an interesting issue, having received increasing media coverage over recent years. The concept is maximum nutrient concentration per unit of food. The theory is that over the years, the nutrient concentation has declined. This overlooks the basic point that most food we consume has a biological function. Lettuce leaves are for photosynthesis; raspberries attract birds so that seed dispersal occurs; peas contain the nutrients for germination; meat is muscle and moves limbs; milk is a perfect food for babies and changes in nutritional profile with stage in lactation thereby meeting the needs of the growing offspring.

The argument that modern day farming methods have changed the nutritional profile is supported by only limited evidence. The US Department of Agriculture examined changes in nutritional profile in 43 different garden crops between 1950 and 1999 and concluded that there were small changes in protein, Ca, P, Fe, riboflavin and ascorbic acid. The explanation was changes in cultivated varieties between 1950 and 1999, in which there may have been trade-offs between yield and nutrient content.

The authors stressed the importance of measuring the nutrient contents of both old and new cultivars simultaneously by the same, modern methods.

A review of literature, precipitated by the same concerns about nutrient density was published last year in the Journal of Food and Nutritional Sciences. The author, from the Bureau of Nutritional Sciences, Health Canada, also made the point that measurements must be made at the same time using the same methods and equipment. He reported that comparisons with matching archived soil samples showed soil mineral content has not declined in locations cultivated intensively with various fertiliser treatments.

As for water balance and profitability, the last two factors, the answer is it depends on how good the farmer is, not on whether the system is regenerative or conventional: both depend on photosynthesis.

• Dr Jacqueline Rowarth has a PhD in soil science (nutrient cycling) and has been analysing agri-environment interaction for several decades.