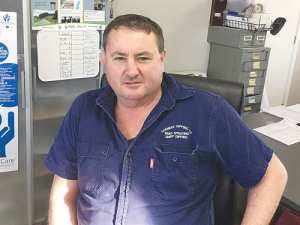 OPINION: Recent proposals by the Government to make it easier for regions to get workers look like a step — if not a leap — in the right direction.

Our members help farmers get in enough winter feed, stay on top of weeds and a host of other tasks which allow our nation’s farms to stay productive. Just like industries such as pipfruit and kiwifruit, we struggle every year to get enough workers locally.

Unlike those industries which are stretched for a few weeks over harvest, we need skilled people to drive our machinery from spring to autumn; getting approval to employ such people from overseas through the hoops of WINZ and Immigration is an annual and frustrating nightmare.

So the proposals, one week before Christmas, by Immigration Minister Iain Lees-Galloway to introduce a simpler, employer-led system for temporary work visas for skilled regional workers seems, at face-value, capable of enabling the sorts of changes which are desperately needed.

The RCNZ understands the Government’s wish to stop some of the rorts that go on with migrant labour. That said, this largely applies to lower-skilled people where often English is an issue; our imports are skilled machinery operators who are mostly from English-speaking countries or have good fluency. Our members are so keen to have them that often they become part of an extended family for a few weeks or months.

We also share the Government’s wish to employ as many New Zealanders as possible.

Our 500 members regularly provide opportunities for Kiwis to train to drive machinery. Unfortunately, ours is a seasonal industry with long hours when conditions allow; you need the aptitude to drive big machinery day in, day out and many aren’t cut out for it.

I trust this will all be taken into account as the Government considers submissions on its new regional work visa proposals. RCNZ will be making a submission by the March 18 deadline. We will be asking officials to recognise the particular demands rural contractors face.

The Cabinet paper has Minister Lees-Galloway wanting to implement the new Regional Skills Shortages lists in April this year.

He also wants three-year sector agreements in place by this time next year for key shortage areas – residential aged care, dairy farming, tourism and hospitality, road freight and transport.  Other sectors such as forestry, fishing and meat may be included.

RCNZ will shortly engage with allied organisations, such as Federated Farmers, to assess the case for rural contracting to be put alongside the dairy farming, forestry and meat industries in the first sector-wide agreements.

There’s potential for win-win in these immigration proposals and RCNZ will do its best to ensure its members – and New Zealand – get the best outcomes.

A 7,500 signature petition was presented to parliament last week calling for changes to NZ’s immigration laws.

A government policy of a compulsory stand-down that would send home certain migrant workers after three years is a ‘vote-catcher’ they don’t intend to implement, says immigration law specialist Ben De’Ath.

Most migrant applicants for a special South Island Contribution Work Visa are in farming, as shown by figures from Immigration NZ.