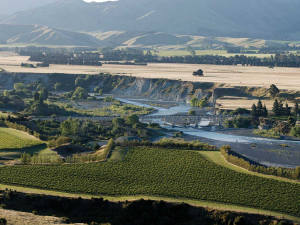 Recent amendments have been made to the Resource Management Act (RMA) on 30 June to establish a new “freshwater planning process”, and put in place new requirements to prepare “freshwater farm plans”.Related announcements for freshwater policy changes made in May this year also signaled new requirements for regional plans under the RMA, with the final details to be confirmed very shortly.

The Resource Management Amendment Act 2020 introduced a new “freshwater planning process” (outlined below) to enable “better, faster, more nationally-consistent water management plans”. This will apply to all ‘freshwater planning instruments’ (defined as new or amended regional plans or regional policy statements that pertain to freshwater), and is intended to enable councils to meet a new deadline of December 2026 to implement the new national policy (which was announced in May and summarised later in this article).

In brief, the new freshwater planning process will be as follows:

• Proposed plans are prepared by regional councils and publicly notified for submissions in the usual way.

• Once submissions are received, councils effectively hand the proposed plan and submissions over to a new ‘Freshwater Hearings Commissioner’, who will convene a ‘freshwater hearing panel’ to conduct a public hearing into the proposed plan. A hearing panel will usually comprise two ‘freshwater commissioners’ (who are appointed by the Minister for the Environment and then assigned to a particular hearing by the Chief Freshwater Commissioner), two persons nominated by the regional council, and one person nominated by local tangata whenua.

• The freshwater hearing panel will have powers to commission reports, direct expert conferencing, and allow cross-examination of witnesses; as such this will be a more intensive process than normal ‘first instance’ council hearings.

• The freshwater panel provides a written recommendation on the plan or plan change to the regional council (within two years of the plan being notified), and the council can decide to accept or reject that recommendation.

• Submitters can only appeal to the Environment Court ‘on the merits’ if (or to the extent that) the council has rejected recommendations of the hearing panel. Where the council has accepted hearing panel recommendations, submitters can only appeal those parts of the decision to the High Court on ‘points of law’ (meaning they need to show a legal error in order to be successful – which is a much more challenging process).

The recent RMA amendments also introduced a new requirement for farms to have certified ‘freshwater farm plans’ to manage effects of farming on freshwater. While these requirements are likely to be focussed on more nutrient-intensive activities like dairy farming, they will also apply to any ‘horticultural land use’ (which is defined to include ‘beverage crops’, so will include vineyards) of 5 hectares
or more.

However, this new requirement will only apply to a ‘region, district or part of New Zealand’ that is specified in an Order in Council (yet to be released). The substantive requirements for the new farm plans will also be set out in new regulations that have yet to be developed.

Back in September 2019 the Government released a discussion document proposing changes to the national policy directions for freshwater, including (relevantly):

• A new National Policy Statement for Freshwater Management (to replace the current NPSFM 2014), with a greater emphasis on ‘Te Mana o te Wai’ and the health of freshwater ecosystems, and a range of new water quality and ecological parameters to be measured and improved upon. This new Policy Statement will need to be implemented in future plan change processes; and

• A new National Environmental Standard for Freshwater (NES) and associated regulations: these will have more immediate effect to prevent further loss and degradation of freshwater habitats, introduce controls on high risk activities, and require real-time reporting for water takes data.

Following a submission process, it was announced in May this year that these proposals will proceed with relatively minor changes. Further announcements are expected very soon (at the time of writing) in terms of the final drafting of these documents.

The signalled changes in the policy space mostly focus on water quality issues, so may be more likely to directly affect nutrient-intensive activities like dairy farming or horticulture than they are the wine industry. However, water quality and water quantity issues are inextricably linked. It can be expected that new measures to improve water quality to meet the national policy requirements will continue to put pressure on water allocation (quantity) as well. Already we have seen regional plans taking a ‘sinking lid’ approach to water allocation, requiring vineyards to justify their water takes in terms of modelled ‘reasonable use’ calculations, and generally making any expansion to an existing planted area very difficult. Those trends look set to continue.

The implications of the new farm plans for viticulture are not yet clear. While the requirements may be less onerous than for other ‘farming’ activities, this will still be another regulatory requirement to comply with, and is something to keep an eye on.

Finally, the new freshwater process will trade more robust processes up front for reduced appeal rights, in an effort to get freshwater plans resolved sooner. This will be positive insofar as it provides greater certainty with regard to water allocation issues, as currently changes to regional plans that affect these matters can take several years to be processed. On the other hand, a ‘one stop shop’ approach will mean that when making a submission, parties need to put their best foot forward through submissions and evidence, as there will be less ability to address any issues at the appeal stage.

We will keep you updated on how matters progress in the freshwater space. For any specific queries, please do not hesitate to contact either of the writers directly.