Could This Be An ATA Year? 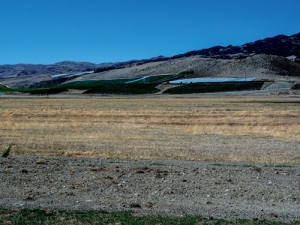 Drought conditions can lead to vine stress, which in turn can be a cause of ATA.

Recently I had a winemaker friend ring to discuss this year as being a good candidate for ATA and asked if there was much we could test for to predict this.

A great question – I have written the following about ATA, what we know about it and perhaps, how we can predict the potential in this year’s harvest.

What is Atypical Aging (ATA)?

Atypical aging is generally classified as ranging from a loss of varietal aroma in mild cases through to distinct aromas of dishwater, wet rag, acacia blossom, floor polish and often accompanied by a metallic and bitter aftertaste.

Although is has been closely associated with Riesling, it occurs in most white varietals and has been found in most wine growing regions in the world.

It can occur as early as a few weeks post bottling or not show until a year or so in the bottle.

Although the exact cause of ATA is not yet clear, it is generally accepted that stresses in the vineyard (particularly around water stress), and the subsequent stresses during fermentation are the major trigger.

What is it not?

ATA is not the ‘kerosene, petrol’ character found in wines. This is a desirable character in aged Riesling, but can show in very young wines as well. The aroma and flavour is linked to TDN (tri-dihydronaphthalene) and carotenoid precursors, although the actual pathway is not yet understood. Generally, Riesling is higher in carotenoid content, partially explaining why this variety develops these aromas over time. What is known, is that the early emergence of these aromas are likely due to stresses in the vineyard that are the same stresses that cause ATA.

What compound is responsible for ATA?

Much of the research to date has focused on an odour active compound called aminoacetophenone (AAP) which smells similar to acacia blossom and mothballs. Unfortunately, there is not a straight correlation between the incidence of this compound and the perceived intensity of ATA. Spiking of AAP into sound wines did not show the full range of ATA descriptors and, in addition, wines showing high levels of ATA intensity were found to have below threshold levels of AAP.

The formation of AAP is due to the degradation of indole acetic acid (IAA) when the first addition of sulphur is added post ferment. Levels of IAA are affected by both fruit and yeast health – thus a stressed vineyard / season can be vulnerable to this fault.

It is interesting to note that ATA can be confused with some reductive notes, which can have a similar result of masking varietal aroma. As both compounds are a result of nutrient or nitrogen deficiencies in the must leading to poor yeast metabolism, it is not unusual to have both present. It is only when the reductive aromas are removed that the ATA is revealed.

Several researchers have conducted trials comparing the occurrence of ATA with different picking times. Very few wines that were harvested later showed any signs, while those grapes picked earlier from the same blocks had a higher incidence of ATA characters. There is strong evidence that picking early and / or higher than normal crop loads can predispose a wine to forming ATA.

Studies comparing Brix levels however, are not so clear cut and provide ambiguous results. Some results showed no relationship between ATA and Brix levels, others provided some correlation between the intensity of ATA and the initial sugar levels and should not be used as an indicator of ‘aromatic’ ripeness.

The same can be said for YAN levels as ATA characters have been found in wines that can be either deficient in YAN or have adequate amounts for a healthy fermentation. Unfortunately, this same ambiguity applies to nutrient status.

Drought stress is thought to be one of the major factors causing ATA in wine. Cover crops or weeds under the vine will only increase the competition for water and compound the stress of the vine. It is generally advised to mulch in all green cover in soils with low water holding capacity around budburst to early shoot growth. Additions of foliar Nitrogen, irrigation and manure have shown to decrease perceived ATA intensity.

Different yeasts have shown to produce differing amounts of the ATA precursors,  but again, it is not a straightforward correlation. Certainly yeasts promoting elevated ferment esters can help mask the effects of ATA but not prevent it.  It is recommended that wild or non-inoculated ferments be avoided in situations of drought stress.

No real consensus has been formed about yeast nutrients with reports contradicting results of Dap and nutrient adds prior to ferment. However, in a year with stressed vines it will be more important to manage the nutrient status of the must throughout fermentation.

Research on the turbidity of juice indicates that a good proportion of the precursors can be bound to juice lees, so ensuring juice is very clear could help prevent ATA formation.

A couple of papers have suggested that skin contact can help reduce the AAP concentration and therefore the intensity of ATA. This will however, increase the phenolic extraction (drought stressed fruit is likely to be higher in phenolics) and potential bitterness.

It is thought that as a wine ages, the flavour intensity of ATA increases due to higher concentrations of AAP in the older wines. Storing wines at lower temperatures can delay the onset of ATA but not prevent it finally appearing.

It appears that storage on lees will not impact on the perceived intensity of ATA; nor does the addition of inactivated yeast cells, tannins or additions of glutathione.

However, the addition of ascorbic acid after the first sulphur addition did prevent the formation of AAP and ATA. One recommendation is for the addition of 100 – 250ppm, but that this would have an effectiveness of up to three years only.

There is a quick test that commercial wineries overseas (Staatliche Fachschule fur Gartenbau und Weinbau Veitchochheim, Germany) use to assess their wines for potential ATA:

Add 150ppm ascorbic acid to one aliquot only

Pour each of the aliquots into their own glass bottles, avoiding having headspace. Seal well

Perhaps a good solution would be to pick a small amount of fruit early, make a microvin and assess the wine in order to help understand what the risks may be. This would be a good solution for nutrient status, potential for producing volatile sulphur compounds, bitterness, or ATA potential.

Reduce water stress in the vineyard, particularly at veraison

Whole bunch pressing can minimize the extraction of ATA precursors

Separate out the press fractions and ferment separately. Assess after ferment and before blending back with the free run

Once ferment and MLF have finished, sulphur up the wine immediately. Once the SO2 is stable, add ascorbic acid at 100-150ppm.

Hill Laboratories is providing support to the US wine industry by testing samples from grape growers and wineries in the wake of west coast wildfires. 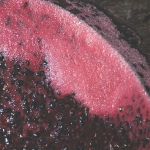 In my previous article (NZ Winegrower issue 88) I outlined the various phenolic characters in red wine production and what their role is from fermentation to final wine. That was the easy part!