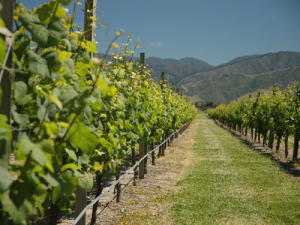 The benchmarking survey of the New Zealand wine industry took a new turn in 2017, with Deloitte and ANZ collaborating together to provide the report.

Forty-five wineries took part in the survey – the largest pool ever - ensuring that it is one of the most thorough to be undertaken.

Entitled Ripening Opportunities, there was a lot of good news for the industry, as our summary below shows.

Wine tourism – the next big thing

Total international visitor arrivals hit 3.2 million with spending over $10 billion in 2017. Of these visitors, 22 percent or 710,000 visited a vineyard or winery. Those visiting wineries are the type of tourist New Zealand wants to attract more of too as on average they spend $4,500 per visit, which is significantly higher than the average (about $3,200). Primarily this is because they stay longer (23 nights) and visit more places (four to five regions).

The outlook is bright with MBIE forecasting international visitor arrivals to grow to 4.9 million in 2023 (from 3.5 million in 2016). This actually assumes that the pace of arrivals, which has been running at close to a 9 percent annual pace over the past three years, moderates going forward. The near-term outlook seems especially strong as new airline routes and airline capacity should be supportive of increased arrival numbers. In fact, there are around 30 international airlines flying to these shores, which is up from 19 in 2014. There has been particularly strong growth in new Asian and North American (now New Zealand’s top market) carriers. History has shown that it is new airline supply that is the biggest driver of arrivals growth given New Zealand’s position in the Southern Pacific.

Most importantly, total visitor spending is forecast to increase strongly too. MBIE estimate that total international visitor spend (excluding airfares) could top $15 billion in 2023 – a 52 percent increase. While increased visitor numbers are a big part of this, it is also assumed that visitors spend more per person on average. Interestingly, China is forecast to become New Zealand’s most important market (by tourist spend) within the next four years and total spending to reach $4.3 billion by 2023 – easily surpassing Australia.

With this positive backdrop the question then becomes: is the wine sector doing enough to make the most of this opportunity? Some thoughts include:

Looking at collaborating with others in the food and beverage sectors to develop more specialised stores or unique shopping experiences.

Examples could include more specialty stores in high-volume tourism thoroughfares and areas that stock only uniquely New Zealand food and beverage products. This can include a range of products, or focus on specific category (i.e. beverages). Equally, there would seem to be greater opportunities to give tourists a controlled experience of the entire production process (growing, harvesting, processing etc) that is then followed up with a shopping, dining, or other event experience. There are certainly some examples of this occurring, but with lifting tourism spending there feels like scope for more.

Tourists are often attracted to authentic local specialities on menus and when attending events. So there is a need to showcase and market New Zealand’s unique food dishes and matching wines that have been the hallmarks of the country’s cuisine for many generations. There can also be regional (Marlborough Sauvignon Blanc, Otago Pinot Noir, Hawke’s Bay Syrah) or cultural overlays. But it isn’t just about the one-off sale. These products then need to be available to purchase as a gift to take home, or delivered direct when a tourist arrives home. This drives repeat purchasing.

Consumers are increasingly being reached through the internet, mobile
apps and social media, so an online presence is a necessity. The ability of tourists to repeat purchase products
once back in their home country is important when they want to relive
their holiday experience. The changing nature of sale channels through the internet, mobile apps and social media
is allowing this to occur more easily (both in time and cost) than has historically been the case. Many wineries already have an online presence, but what is perhaps more interesting is that a recent Winegrowers’ survey showed only six had a Chinese language capacity. And yet this is the country that is set to become our top tourist earner in the near-term!

Develop entirely new products with the international tourist specifically in
mind. This could take a range of avenues, but should be targeted at the natural growth areas of Asia and North America. The two groups have quite different wine tastes, food preferences and cultural drivers.

Look at joint ventures with some top accommodation providers that give options of winery stays or eco-type accommodation with nice vistas.

This would potentially help alleviate capacity constraints at key times of the year and tourist hot spots.

Encourage or incentivise tour operators to include agri tourism experiences within their packages, perhaps marketed as the “all New Zealand” experience. This could include visits to farms, orchards, vineyards, tasting rooms etc. Dedicated farms could perhaps be “developed” for this purpose. Encouragingly, the number of Chinese tourists visiting farms or orchards is already high. However, their penetration for food and wine events and vineyards is below average. It’s the reverse for US and UK visitors.

Creating lasting authentic experiences that drive future product loyalty. Cultural experiences, such as experiencing the great outdoors, New Zealand’s natural scenery and Māori traditions etc need to be combined into all products and services being offered to international visitors. This can help drive brand loyalty and repeat purchases of New Zealand food and beverage products once they return home.

Offering opportunities for extended stays (subject to visa requirements) to help with day-to-day tasks on orchard and in wineries. This could be particularly useful in providing some labour to help with seasonal requirements, completing certain projects, or on smaller/lifestyle type operations.

While much has already been done by the viticulture sector to ride the tourism wave there is scope for even more. Some key areas are greater collaboration on new initiatives with others in the food and beverage sector, or tourism providers. Adapting product offerings to where future growth is set to come from (namely Asia and North America) is also important.

The make-up of our regions

The North Island is smaller in wine volume and high in cellar doors, as wine companies look to engage domestic and international tourists in the unique experience of enjoying wine at its source.

Hawke’s Bay is clearly the largest- producing region in the North Island with over twice the production of the next largest region (Gisborne).

We have also included the number of cellar doors by region on this map, as an indicator of the opportunities present for visitors to experience each region’s wineries. In this respect, Auckland, Hawkes Bay and Wairarapa are noted as containing the most cellar doors. However both Auckland and Wairarapa stand out as having a high number of cellar doors relative to production, likely as a result of an aim to cater for visitors from the larger nearby population centres and travel destinations of Auckland and Wellington.

Auckland, the country’s largest city, is also noted as containing a large number of wineries. However, many are known to house their production and grape growing operations in other regions. With the head offices of some of New Zealand’s largest wine businesses also based here, Auckland includes the largest number of industry employees in the North Island. Furthermore, Auckland has the highest number of cellar doors in the North Island, which is also likely to add to the industry employees.

The South Island of New Zealand is home to the vastly dominant producing region of Marlborough. Other regions such as Central Otago are also present in smaller volumes and more specialised wine varieties

It can be surprising to some that the region of Central Otago, contains almost as many wineries as Marlborough, despite producing a fraction of the volume. Both regions are also comparable on their total number of cellar doors. But Marlborough includes a much higher proportion of pure grape growers who sell their grapes to wine producers, which is not present to the same volume and extent in any other region in New Zealand.

It is with reference to the Marlborough region and industry employment statistics that we can also explore the regional labour intensity and requirements for the industry’s output. As the country’s biggest producer of wine, it is not surprising for this region to also have the largest number of industry employees in New Zealand.

Export volumes of New Zealand wine to the ‘big three’ markets (Australia, UK and USA) topped 200 million litres for the first time in 2017. With the jump in NZD against GBP, there was incentive for larger operators to package exports in- market. Growth opportunities remain from new generations of consumers as well as ‘premiumisation’ and ‘quality over quantity’. In Australia, where retail channels dominate, we also see online retailers changing the landscape, increasingly stocking unique premium labels. Offshore markets outside of the ‘big’ three’ also grew in volume while experiencing a 34% higher price point than the ‘big three’.

The profitability levels in the Survey showed positive outcomes for all sized tiers, except for those with less than $1.5m in annual revenue. As winery size increases, so do net returns, as cost controls likely associated with economies of scale have greatest impact on bottom lines. Analysis of profitability amongst smaller operators shows vastly more variable profits than their larger counterparts over the last 12 years.

Participant results suggest that balance sheets have been strengthening in recent years, with long term debt levels
showing a slight downward trend over the last 12 years, most notably from 2013 to 2016. Participants in the $5-10m category reported the lowest debt levels for 2017 while also having the highest level of debtors and inventory.

The Survey results also show the higher relative investment in land that smaller producers have, which appears to be funded by equity rather than debt.
Larger operators featured high levels of equipment to process their larger volumes of bought grapes. The relative level of debtors increases with scale up to $10m in revenue, but then decreases thereafter. This is likely due to typical cashflow cycles when initially expanding into export markets.

Amongst the issues that wineries face, sales margin pressure ranked highest once again and interestingly succession rated as the lowest. On the opportunities front, sales margins, somewhat conversely also featured highly, as did sales volume growth from existing products, both in new and existing markets.