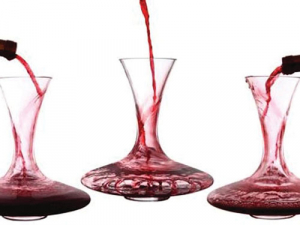 Many older vintages have had long enough to mature and don’t need a decanter.

Wine appreciation is full of accepted rules and wisdom. Some are as simple as “red wine goes with red meat”. Others are more finicky – e.g. “Champagne must be served at four degrees Celsius”.

Over the Northern Hemisphere summer this year I ventured to many upscale wine bars across Spain and Italy. Most of the time I ordered by the glass, I was asked if I’d like ice.

No matter how hot the weather, this is something you’d never be asked in New Zealand. Yet it was over 35 degrees most afternoons, so I succumbed, and my wine-drinking pleasure didn’t suffer for it.

This experience has caused me to think of five other wine rules I want to break.

It’s thought a cardinal sin to chill red wine – a cold Pinot Noir has most of its characteristics muted, no doubt. However, there’s a case for quickly refrigerating red wines in the summertime.

But what happens when it’s 31 degrees in January? That’s no longer proper room temperature.

I have no interest in drinking lukewarm wine, so I’ll refrigerate it for a few minutes. The same goes for whites with ice – if I need to do something to quickly change their temperature, I’d rather do whatever it takes than see a bottle that’s too warm go wasted.

Rosé is just for summer

With the summer months around the corner many of us will be wondering when it’s appropriate to uncork the first Rosé. Why limit pink wine to only hot days in the summer sun?

Textured and full-bodied Rosés still taste good when it’s cold outside. When you find them in a darker hue (e.g. made from Mataró or Grenache grapes from California and France) they are savoury and smoky and go perfectly year-round.

Exposing big, bold reds to oxygen via the method of decanting is a valuable wine rule, but it doesn’t have to apply to all big wines. I find younger reds will benefit from aeration the most, but many older vintages have had long enough to mature and don’t need it.

Even very mature Champagnes can be decanted – rather than following a youthful mousse, they can be aerated for an evolved aroma with deep complexities.

Glassware needs to be specific

Is it really an issue to drink white wine out of oversized red glasses with rounded bowls? I don’t think so.

Likewise, sometimes it’s fun to drink wine from tumblers, or to have something non-fizzy from Champagne glasses. Various hipster bars around New Zealand will even serve you good wine in jam jars.

Glassware doesn’t need to be particular when it comes to wine. Whatever a wine is served in won’t hurt the wine itself. Even if you’re forced to drink from plastic by the poolside.

Champagne is for celebrations only

Bubbles comes with a sense of occasion, but why should it only be for celebrations? I have no problem popping Champagne – even an expensive one – on a casual weeknight at home when I’m just sharing it with one other person.

Rather than getting caught up in the festivities and socialising, I find I can really appreciate the finesse of what’s in the bottle.

It’s also great with some meals, such as spicy food – why not lift the flavour of Friday night Indian takeaway with a bottle of Veuve Clicquot?