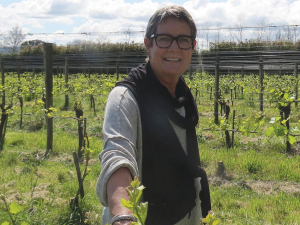 A viticulture and winemaking programme is set to resume at EIT Tairawhiti (Gisborne) this year, thanks to some collaboration between the institute and the wine industry.

Members of the industry were disappointed when the programme was axed in 2017 due to a lack of enrolments.

They say the programme was not marketed widely enough, with many enrolments previously coming from other parts of New Zealand and overseas.

EIT has taken their concerns on board and formulated a Level 3 certificate programme that better meets the industry’s needs. It will be marketed more widely than the previous programme, on-line and in industry publications.

“This is very positive news for us,” says Gisborne Winegrowers president Annie Millton.

“We are all very excited and will do our best to fill the seats and get some heart and soul back into the viticulture and winemaking programme here,” she said.

“There are many jobs in the industry and many of them have traditionally been filled by graduates from EIT, quite a few of them from overseas. We need good people which is why this programme is so important to us.”

Following rationalisations in the industry nationwide over the past few years, the future for Gisborne was again looking positive. Chardonnay in particular was making a strong comeback.

The new programme will include a strong emphasis on sustainability, including organics and biodynamics.

These aspects are becoming a very important part of the wine industry in New Zealand, says Millton. They will also make the EIT programme unique in this country, she says.

The programme would be hands-on and practical.

“We want our local graduates to hit the ground running.”

The industry training components would be timed to coincide with the vintage, said EIT acting head of viticulture and winemaking Jenny Robertson.

“The programme will be based at EIT’s rural studies unit, but vineyards will be the main classroom,” she said.

The new programme will start in July. It will be run in two parts, with intakes starting in July and February.

It will be fees free for New Zealand residents.