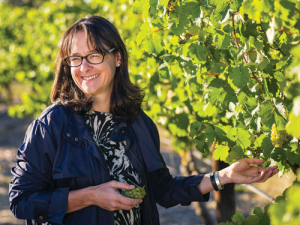 Sparkling wine, whether that be Champagne, Prosecco, Cava or simply sparkling, makes up 10 percent of the world’s total wine production. Not surprisingly, 85 percent of all sparkling emanates from Europe. Australiaproduces 3 percent and New Zealand a mere 0.3 percent.

But no matter where in the world the sparkling wine comes from, producers are faced with similar issues. At the recent NZSVO Sparkling Wine Workshop, held in Blenheim, those issues were highlighted.

As Louisa Rose, winemaker behind Jansz Australia said, the number of decisions required to create sparkling wine is extremely long. And each level of decision making impacts on the end result.

“It doesn’t make a difference between a still or sparkling wine, the decisions we make along the way will ultimately influence the wine we put in the bottle.”

Those decisions start in the vineyard, firstly with varietal mix. Both her and Ed Carr, Accolade Wines Group Sparkling Winemaker (Australia), both made mention of how the varietal change of sparkling wine in their part of the world has changed in the past 40 years. Varieties such as Palomino, Pedro, Grenache, Riesling, Shiraz all went into the sparkling ferment at one stage or another.

‘I still smile wryly when I see the old vine Shiraz and Grenache coming into the winery these days, to go into our top reds, that I used to pick for our Brut,” Rose said.

Now varietals are pretty much confined to Pinot Noir, Chardonnay and maybe Pinot Meunier if it is available. For both Carr and Rose, the fruit for their top sparklings come out of Tasmania, a much cooler climate than the mainland of Australia.

It is that coolness of area that Rose believes plays more of a role in the end product than which clones are utilised.

“The cooler it is and this is only my hypothesis yet to be proven, but the cooler the climate the less important the clones.”

Another reason Jansz have a number of differing clones, is to provide a picking window, once the fruit is ready. She said if they concentrated on just one clone, the chances of the fruit becoming ripe all at once, is much higher, creating logistic issues in the picking.

Getting the fruit ripe as in any winemaking is vitally important for sparkling but she says defining ripe shouldn’t be restricted to numbers on a page. Instead it should be based on flavour.

“It is really important with sparkling grapes that you pick them when they taste (ripe). It’s no different from making any other wine. You don’t ultimately want to make a sparkling table wine, so what you are looking for in terms of flavours and balance is going to be different from a table wine of the same variety.”

She said that they don’t start testing for sugar and acid until the fruit has passed the taste test.

Hand pick or machine harvest? Well purists would say hand pick every time. Rose disagrees and says they are already machine harvesting a certain amount of their sparkling fruit. Furthermore she believes this will become far more the norm in the future.

“I am quite happy so long as you can pick them and get them off their skins fairly quickly. When you have a winery on site then I think machine harvesting, particularly Chardonnay, is quite good. It might mean you can pick in your ripening window more so than you could if you were hand harvesting.”

Once the fruit is in the winery – you have to decide on press cuts. “I think gentle processing is probably key.” And then comes fermentation. To add yeast or allow the natural yeast to take over – that is the next decision for the winemaker.

“What we know is that when you have a healthy vine and vineyard, and you have really good yeast coming out of there, you don’t do anything to stop them like adding sulphur, they are potentially going to have some input into the fermentation.

Malo or not – the decision making keeps on happening. For Rose, this is a stylistic decision. “We use full malolactic because we have naturally high acidity and we want to soften them.”

New oak or old? For the Jansz sparklings, mature oak is the answer. “We tend to use barrels that have had Chardonnay or Viognier in them for five or six years and then we convert them to sparkling barrels.”

These decisions only concern the base wine making, but as Rose said, there are many, many more decisions that follow on from here. Blending, aging, and closures all play a role in that final wine.