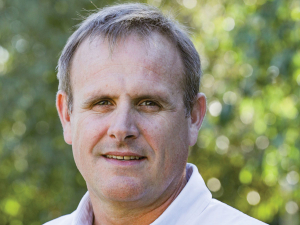 A university job in a suburban bottle shop kicked off an incredible journey for Michael Henley.

New Zealand's newest Master of Wine says the Christchurch store was more focussed on flagons of beer than its small wine selection. But he studied the back labels and began to take $20 to work each week, growing a cellar in his last year of a science degree. "It caught my imagination," he says.

Four years later, with a Lincoln University diploma in viticulture and oenology, vintages spent in South Africa, Californina, Marlborough, Oregon, Barossa Valley and Spain, and an unabated "yearning for learning" about wine, Michael found himself working at Christie's Auction House in London.

About as far as possible from the three metres of shelves in a Christchurch booze shop, he began travelling to dusty cellars around Europe, one week assessing bottles of 1950s Bordeaux with the labels peeling off, and the next in a two car garage "full of great Italian wines".

He would dust off and box up the bottles to send back for auction, then await a tasting of "the most amazing wines", he says, recalling pre-sale pours of the likes of a 1959 Petrus and 1961 Chateau Mouton Rothschild. "We had a sherry tasting once that was all 1800 and 1900 sherrief," he says. "It was just mind boggling."

Michael meanwhile did his WSET diploma in London, thirsty for more knowledge. "I loved making it; loved being around people with it," he says. "I loved tasting these really incredible wines. I thought, 'you come from little old New Zealand.' I needed to know more."

He went on to Christie's in Los Angeles, valuing more extraordinary cellars, including one with $10 million worth of wine. In 2001 Michael and his wife moved back to New Zealand, and in 2003 he took up a role with the newly opened Craggy Range Winery, which included a three year stint in London. Then in 2012 he became Chief executive with Trinity Hill Winery, before taking the lead at Aotearoa New Zealand Fine Wine Estates (AONZ) when it was established in 2017.

Michael, who is a director of New Zealand Winegrowers, Hawke's Bay Winegrowers and Hawke's Bay Tourism, began his Master of Wine study in Auckland in 2004 and continued in London while working for Craggy Range. Having hibernated the process for several years, due to work and family obligations, he dug into his research paper full time this year, exploring The impact of future climate changes on the production of Sauvignon Blanc wines in Marlborough, New Zealand.

He'd seen NIWA figures that drove home the impact climate change was set to have on New Zealand's wine industry, and realised more Marlborough-focussed research was required, he says. "How is this going to affect New Zealand's ability to make, not even Sauvignon Blanc, but fresh, crisp, acid-driven, clean wines that the world wants from us?"

With the MW now achieved, Michael is looking at his next opportunity in the wine industry, including helping smaller wineries sell their wine. Running AONZ during the challenges of Covid, he realised that smaller companies withough "massive" distribution networks, have to think more readily outside the square.

"There are so many great wine stories out there. I think it's been something throughout my whole career that really pushes my buttons," he says. "There's always great wine, but is there a great story to go with that wine? The wines that really resonate are the ones I can remember for a reason, because of a story."