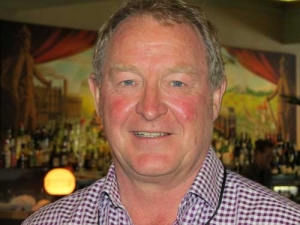 If there was ever a year to be a wine judge, 2015 is it, says one of New Zealand’s most respected wine industry leaders.

This year will see Master of Wine Steve Smith, return to the judging panel of the Hawke’s Bay A&P Bayleys Wine Awards.

“After a decade, it’s great to be back. I’m thrilled to be joining a judging team again for an exceptional year on the back of three outstanding Hawke’s Bay vintages,” says Smith.

Hawke’s Bay is in for some of the best wines the region has ever produced – which was the culmination of three big factors, he says.

“Hawke’s Bay has had three year-on-year-outstanding vintages, we now have mature vineyards which were planted in the late 90s and early 2000s coming to the fore, and we have garnered the best of more than a decade of growth in building on the experience and skills of our local wine makers and vintners.”

The Craggy Range co-founder and director, Smith was instrumental in establishing the Wine Awards 15 years ago as New Zealand’s first regional competition and led the judging panel for five years.

He will be joined on the panel by first-time judge to the awards John Belsham, who brings years of experience as panel judging chair of the Air New Zealand Wine Awards, along with Mark Robertson one of Australia’s leading winemakers and international judges.

A new selection committee has put the judging line-up together. It comprises judging chair for seven years Rod McDonald, along with new members Rod Easthope of Easthope Wines and Warren Gibson from Trinity Hill.  McDonald is retiring at the end of the year and Easthope will take over as chair in 2016.

He is tipping extremely strong record entries coming from “hat trick vintages of the century”.

“Everyone is talking about how exciting it is to have these successive vintages of wine lining up – if ever there was a time to be part of the awards it is now,” says McDonald.

Entries are now open for the 2015 Wine Awards, which were officially launched on Wednesday June 24 to the Hawke’s Bay wine industry and Award sponsors at the Eastern Institute of Technology in Taradale.

The awards dinner will be held on the 20 October 2015 in the Waikoko Gardens at Showgrounds Hawke’s Bay, hosted by the Hawke’s Bay A&P Society.