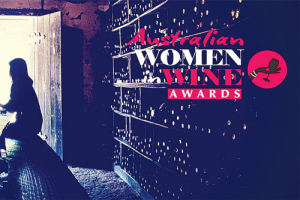 The Australian Women in Wine Awards have been a part of the industry since 2015. Will a new initiative in New Zealand follow suit?

The idea of empowering women in wine here in New Zealand was first mooted within the halls of New Zealand Winegrowers (NZW) last year, and has quickly grown from a suggestion, to a real initiative.

At the February Board meeting, the directors considered a proposal to establish a network/community for women in the New Zealand wine industry. Part of the reasoning behind establishing such a group was the lack of women putting their names forward for the 2016 Board elections. It was something that wasn’t expected given the large number of women involved in wine in this country.

However in an effort to ensure that gender imbalance is not an on-going issue, NZW is keen to encourage more women to take up roles of leadership and governance. One of the ways of doing that, is the Women in Wine Initiative.

The objectives of the paper put to the Board in February included the following:

Provide information; Providing valuable information and resources to support and advance the careers of women in the wine industry.

A survey was sent out to industry members (male and female) to determine if there was in fact an interest for such a group. The response surprised even those behind the initiative. More than 200 members from right across the country responded to the survey and three quarters of those offered their services to help get the initiative off the ground.

By early May those who had indicated they wished to be involved were forming regional groups, to discuss what issues, programmes and networking events were deemed the most important.

Sarah Szegota, NZW Communications Manager said New Zealand Winegrower’s would themselves be looking at a number of issues themselves. These included;

Update labour resources; Compile legal compliance information to ensure members understand their obligations around maternity leave and equal employment opportunities and also promote other best practices with regard to employment.

Host an annual event; they are looking at the viability of hosting a networking event – maybe prior to the Romeo Bragato Conference in August.

The initiative is not a first off in the world of wine. In the US there are a number of organisations aimed at encouraging women who are in some way connected to the world of wine. There is the annual Women of the Vine and Spirit’s Global Symposium, (held recently), plus the Women in Wine Leadership Programme, which will be held in New York in October.

Our closest neighbour Australia has a Women in Wine organisation which is behind the annual Women in Wine awards. This year the awards will be held in London in September. In London there is another group, Women in Wine LDN, which has the same objectives as the initiative being established here in New Zealand.

These are just a few of the many groups emerging – with New Zealand the latest to join the ranks.

Watch out for more information in future issues of NZWinegrower.