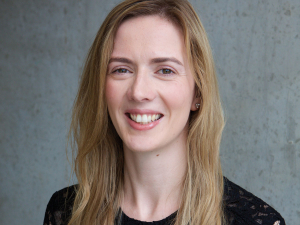 Sarah Wilson, New Zealand Winegrowers’ Senior Legal Counsel, has had a busy six months since she began, with Brexit being one of her focuses.

The former Crown Prosecutor took on her new role late last year, and trying to keep on top of what Brexit or a lack of a Brexit deal means to New Zealand wine has been one of the things keeping her busy.

Understandably, it isn’t an easy role, given the uncertainty that particular subject is generating.

“It has been difficult at times because nobody really knows what is going on, so our main focus has been trying to give as much guidance as we can to members to make sure they are prepared for the worst, yet still hoping for the best,” she says.

It is an unenviable task, especially from this side of the world. Let’s face it, if the UK politicians are unsure what is happening, how can the New Zealand wine industry keep ahead of the issues?

At the time of writing, there is no clear path forward, about what will happen later this year. March 29 was the given date the UK had to come up with a plan for leaving the European Union. That date has well gone, and still nothing concrete has been decided between the UK and the EU. What does this mean for New Zealand wine exporters?

Wilson says preparing for the worst, while hoping for the best, means the potential of a no deal Brexit has to be a major focus.

“That is I think, the highest risk.”

If a no-deal Brexit did occur, she says “all bets are off in a lot of ways, and we really don’t know what would happen, in terms of delays at the border. There could be quite a high chance of disruption at the border.”

She says advice to members has been to ensure that suppliers in the UK and the EU have excess stock available to cover any potential delays.

“We have had a few things clarified, for example in the event of a no-deal Brexit, the UK has confirmed that they won’t charge any tariffs on New Zealand wine. That is helpful.”

Hopefully she says, this will provide a grace period until the UK can establish its own systems.

Wilson has had to field a number of questions from New Zealand wine producers, with the labelling issue being among those often cited.

“It can get quite messy. Everything about labelling, whether it is importer statements, labelling of organics or other documentation required when you are sending shipments over, could become an awful lot more complicated if the UK leaves without a deal.”

Wilson’s challenge with Brexit is not only trying to find and understand all the information, but also distilling that information down so members can make calls about what to do in the future.

Any Brexit decision has now been delayed until the end of October, she says, which requires the UK to participate in the EU parliamentary elections, (which were due to happen in May).

Up-to-date information on how Brexit may affect the New Zealand wine industry, will be made available to members via the NZWine.com website and through member newsletters.

On the other side of the table

Sarah Wilson brings to her new role of Senior Legal Counsel, a raft of attributes, none greater than the fact she has spent the last five years working with different government regulators.

As a Crown Prosecutor based in Auckland, her main role was working with departments like Corrections, Customs, MBIE and MPI to name just a few. She was a sole prosecutor for the Crown’s jury trials.

“Before I was representing government agencies, and now I am on the other side of the table. But we are often working with government and in a lot of ways, I think our interest will be aligned. We want New Zealand business to succeed. We want to encourage people to comply with the law, so we have a lot of mutual interest.”

Having the opportunity to continue working with government departments and regulators, Wilson says, was one of the attractions of the Senior Counsel role at NZW. “Obviously there are a lot of different regulators in different ways that apply to the wine industry, so it was something that really interested me.

“Also, it is a fabulous industry to be involved with. Everyone I meet seems to be so passionate about what they do. And I think wine is one of New Zealand’s fabulous industries on a global stage.”

Wilson is based in the Auckland office of NZW.