Planting the seed of vineyard diversity 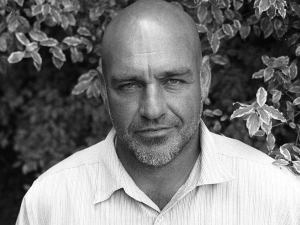 When Bart Arnst first came to Marlborough in 1994, he found vineyards akin to a cricket pitch, with neatly mown rows of grass and headlands.

“If there was anything growing down the rows it was just an easily managed grass - a sole species – with either rye grass or fescue,” says the organic viticulture consultant.

By 1996, when he was running a Montana vineyard on Rapaura Rd, Bart was tiring of the monoculture, and began to look for plants that would attract beneficial insects to the block. That goal soon expanded, as he considered nitrogen fixing, and plants that would bloom and then mulch down, and those that would offer the best nutrition to stock coming in to graze the rows.

Before long Bart had 25 species growing beneath his vines, and within a few years “the whole place was swarming with insects”. Just as he was pondering the problem of identifying the crawling, flying and jumping community, someone put him on to Professor Steve Wratten at Lincoln University (see facing page), an expert in ecological services. That relationship began with Steve sending Bart some traps to catch and identify the insects, then grew into a research project on planting buckwheat mid row, as a natural deterrent to the light brown apple moth.

Marlborough vines were mostly "neat and tidy" with single species grass cover, but there were also some regenerated swards, where a greater diversity of species would naturally reseed. Bart's trials included rye grass rows as well as regenerating sward, and counts of worms and insects - both ground and flying - revealed a dearth of life in the homogenous grass, while the sward "was way better" and the cover crop "was superior to all". As well as buckwheat, it included plants that offered different rooting depths, to increase the activity of the soil, says Bard. "The chicory roots and radish roots go down, and when they are deep they become elevator shafts for worms."

Viticulturist Samantha Scarratt continued the buckwheat work through her PhD with Steve, and that research “clearly showed that by having flowering buckwheat you were able to maintain a parasitic wasp population to keep the light brown apple moth under control”, says Bart.

Growers and scientists have learned a lot since then, although much of it – such as organic vineyards having lower mealybug population levels – is still largely anecdotal, he says. “I think if you have a better balance in a vineyard then the pest problem is way less.”

Now, as organics flourishes and regenerative agriculture (see page 28) gains a strong following, Bart sees growers being “far more thoughtful”. That is most obvious in the cover crops, he says, noting that “even the smallest thing”, like mowing every second row or not mowing their headlands, is a step in the right direction.

In his quarter century of using cover crops and consulting to organic growers, Bart has learned what cover crops can do to help and hinder a vineyard. “You have to know what you are planting and what are you trying to achieve with it. Because some plants, given the wrong mixture or the wrong grams or kilograms per hectare, are going to really put your brakes on. You need a good balance.”

He says there is a “massive diversity of species” to consider, but science is increasingly able to support the anecdotal success stories of interrow diversity. “That it’s able to reduce pesticide and insecticide use, provide nitrogen and keep the soil biologically active”.