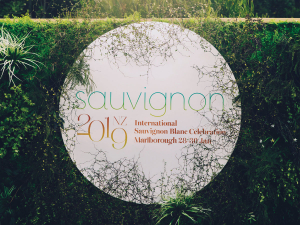 It was the biggest New Zealand Winegrowers event of the past two years, and Sauvignon 19 lived up to all the hype.

Basking in temperatures that reached up to 36 degrees on one day, the visitors were exposed to the best Marlborough has to offer in terms of venues, hospitality and wine.

Not too much time was spent on where New Zealand has come from – although Matt Kramer did offer this perspective – “no one anywhere has ever achieved what you have achieved here” – instead the focus was on the future. Where to from here, what are the issues that New Zealand has to concentrate on to continue that upward trajectory, and just what is standing in our way?

For the internationals, many who had arrived from a freezing northern hemisphere winter, the chance to enjoy some warmth, sunshine and great wine was a boon. It is hard to believe any one of them would be leaving our shores without an extremely positive impression of what this little country at the bottom of the world has to offer.

During the three days in Marlborough they were steeped in the uniqueness of Sauvignon Blanc this country has to offer. From single vineyard, to sub regional, from classical to alternative styles, there was no denying many had their eyes opened to what was possible with this variety.

Before they had a chance to take a breath, they were transported by plane over some of the country’s other wine regions. During the Wine Flight they were treated to wine and food matching. Given the superlatives that were resounding around the cabin, this tantalizing taste of New Zealand overall, was a huge winner.

Arriving in Gisborne for the Chardonnay and Sparkling Symposium, the journey was well from over. For the first time ever, a New Zealand wine tasting occurred on a Marae, and the welcome the international guests received was even warmer than the high 20’s temperature.

While it may appear our wine industry has taken the world by storm overnight – something that celebrates it and includes 100 international influencers, doesn’t. It was a seamless week of education and promotion.

And out of that week came some fascinating insights – which we will look at closely over the next few pages.

Some of the best quotes to emerge from Sauvignon 2019.